Gathered in the city of the Revolution, young communists participated in the celebrations of the 102nd anniversary of the October Revolution 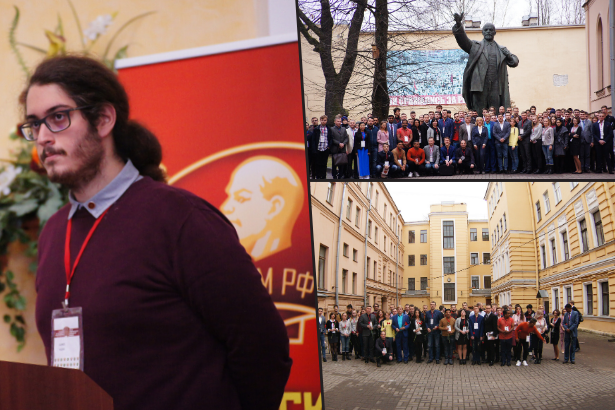 Representatives of youth organizations attended the 102nd-anniversary celebrations of the Great October Revolution in motorboats alongside the Aurora Crusader. On the second day of the visit, they visited Aurora, a symbol of the October Revolution and for a long time the number one ship of the Soviet Navy; the House of the Yelizarov family, one of the Lenin museums in the city; the Smolny Museum, the headquarters where the resistance was led during the siege of Leningrad; and the House of the Alliluyeva family, another Lenin Museum in the city.

At the International Seminar on 9 November titled "The centenary of the Communist Youth International: the history, current struggle and challenges of the Communist Youth", the TKG representative emphasized that in today's capitalist countries, bourgeoisie is aware that youth is the driving force of the society, and that they look more carefully at their relations with the youth.

"The capitalist crisis we are now in has affected the youth and the working class in a very serious way. As part of the youth, we are forced to work while we are studying, and at the same time, we are rightly concerned about whether we will have a job after graduation. The bourgeoisie, like us, is aware of these problems. The aim of their efforts is to get young people away from politics who are dealing with the anxiety of the future. Drug addiction and the pumping of careerist emotions within the youth can have no other explanation than the bourgeoisie's efforts to passivize the youth," the TKG representative added.