In Turkey workers are forced to work the longest hours on average, an International Labor Organization (ILO) survey carried out among 41 countries across the globe reports 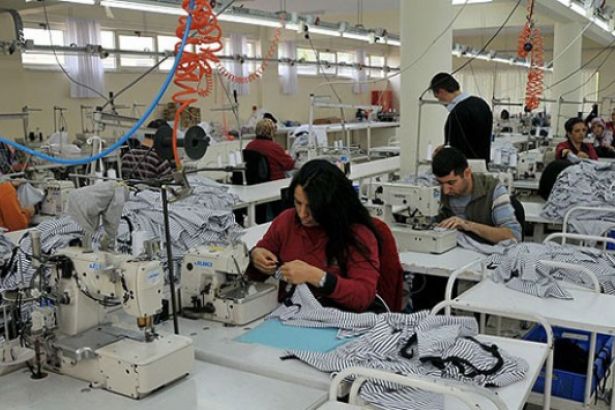 The International Labor Organization (ILO) published a report based on the research about the working conditions in a global perspective. The research was conducted in 41 countries, including Turkey.

According to the report, 57 percent of workers in Turkey work 48 hours and more a week.

The report indicates that Turkey is followed by Uruguay with 47 percent and the Republic of Korea with 45 percent in the longest working hours a week. On the other hand, the percentage of workers working more than 48 hours a week in the European Union is 15 percent. 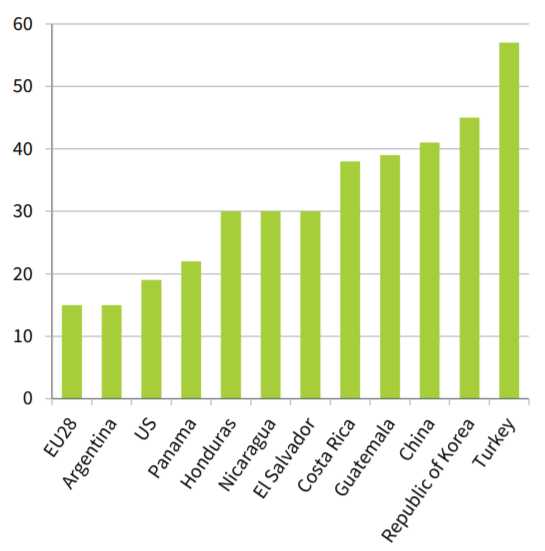 Incidence of working over 48 hours, by country or region (%)

Source: 2019 International Labour Organization and the European Foundation for the Improvement of Living and Working Conditions (Eurofound)

AVERAGE WAGES ARE BELOW THE MINIMUM WAGE

The average wages of workers in Turkey are also quite below the minimum wage, according to the report.

In addition, the report shows that the gaps in wages between men and women in different education groups are wider than the average gender wage gap in Turkey.

The study covers 1.2 billion workers in 41 countries, including the 28 EU member states as well as China, South Korea, Turkey, the USA, Argentina, Chile, Uruguay, and some Central American states. 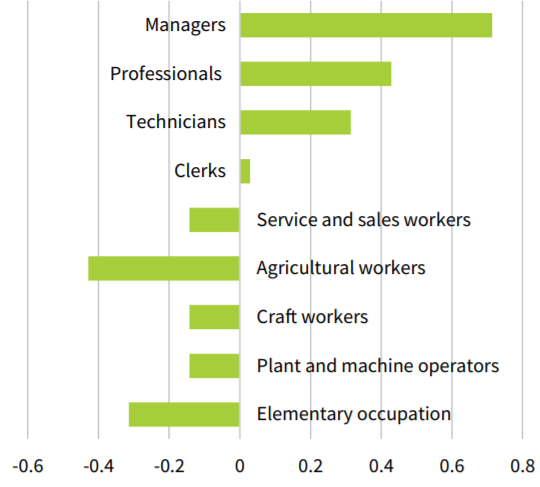 Earnings compared to national median wage (centered), by occupation, Turkey, as % of median wage of men

THE LABOR CENTER OF TKP REMINDS

The legal rights of workers were reminded in the brochure titled "Our Rights", prepared by the Labor Center of the Communist Party of Turkey (TKP), stating how many hours a week the workers can be employed in Turkey within the legal boundaries.

It is noted in the brochure that "Article 63 of the Turkish Labor Law enacts that workers can be employed maximum 45 hours a week, and this working duration must be equally prorated to the working days of the week unless otherwise consented upon."

"It is illegal to employ workers working in the sector of underground mining more than 7.5 hours a day and 37.5 hours a week, with a sentence added to the relevant article in 2014. The daily working time cannot exceed 11 hours under any circumstances including overtime work," the TKP’s brochure underlined.