Workers of SIMO textile in Turkey resisting for their rights

The workers of the SIMO textile, the subcontractor of Sun textile which works for international brands like Zara, Bershka, M&S, Esprit, Next, Tesco, Amazon, have been resisting in front of the factory in İzmir Çiğli Atatürk organized industrial area in order to gain their rights since 18th November 2019 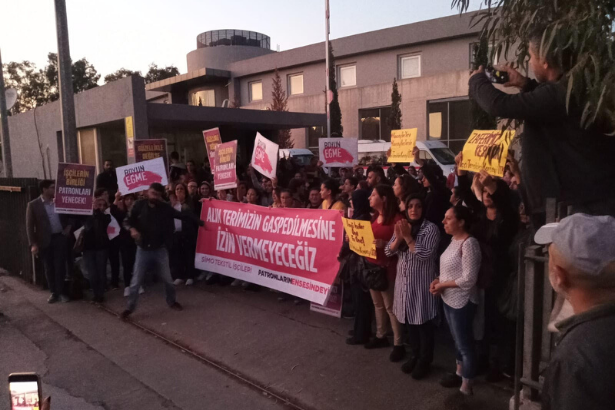 SIMO textile, whose boss stated that he went bankrupt, dismissed the workers without paying their salaries and compensation. The workers contacted ‘We breath down the bosses’ neck' platform initiated by the Communist Party of Turkey (TKP), and decided to act together. Later, the workers undertook an action on 15th November and declared their demands. As a result of this action, the workers gained some of their salaries.

Textile workers resisting: "We will not allow our labor to be usurped"

The workers of SIMO textile gathered at the ‘What is exploitation of labor?’ panel organized by the Workers’ School at the TKP Çiğli Workers’ House. During the training meeting, the workers discussed how to continue with their struggle.

The workers declared that they would continue their struggle until they gain all of their rights. "We are growing in number every day. We know we are right, and our rights have been violated. We will not let anybody avoid their responsibilities. The ones who become rich by appropriating what we produce are the responsible ones for the violation of our rights," they declared. 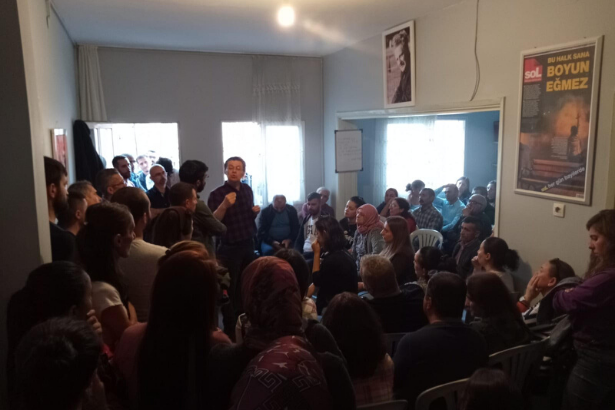