According to the information soL news obtained from the workers, shortly after the first confirmed cases, workers were forced to work overtime at the BMC factory in Izmir Pınarbaşı owned by Ethem Sancak, known for its proximity to AKP. 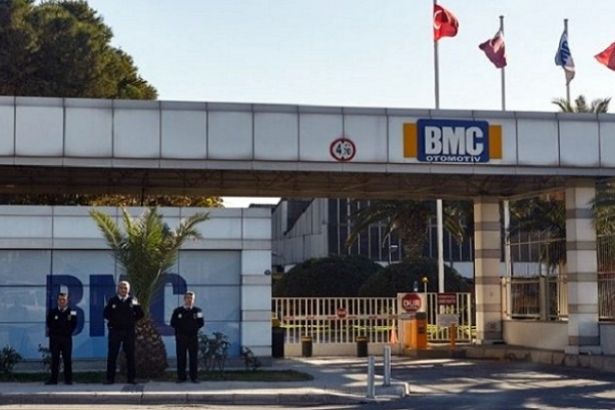 After the number of workers who got coronavirus increased at the BMC factory in İzmir Pınarbaşı, production at the factory was substantially stopped. It is reported that work in some “urgent” fields continues with a small number of workers, while all the other workers are taken on a one-week paid leave. The workers we talked to, about the working conditions in the factory and the increase in the cases explained their experiences to soL.

Stating that they turned to a three-month short work during the first period of the pandemic, they worked 8 working days a month during this period, the remaining days were paid by the state, and they returned to full capacity at the end of three months. Stating that they did not hear about any coronavirus incident in this transitional period, but then there were case reports in different production areas one after another, and the numbers rose suddenly.

Workers stated that after receiving the first case news, the overtime schedule was prepared and that these shifts included Saturdays and Sundays. they also pointed out that there was an outbreak of COVID19 cases especially after the overtime decision.

The workers were recently informed that the factory would be closed for a week. In this period only a limited number of workers will work on “urgent” projects and the remaining workers would be on paid leave. Afterward, they will all be tested, where workers with negative test results would go back to production and the other workers will be quarantined.

Emphasizing that the partial measures taken against the epidemic in the factory were not sufficient, the workers pointed out that they are working intimately close to each other and wearing masks alone is not enough. The closure of their resting area due to the epidemic, caused the workers to stay very close to each other without watching and keeping the social distance during the break hours.

Ethem Sancak, known for his close relationship with the AKP government and Erdoğan, enjoyed, with their Qatari partners, purchasing the tank track factory belonging to the military last year, again as an outcome of Sancak's close friendship with the ruling power.

Production suspended due to COVID-19 at BMC factory in Turkey