A worker reportedly kills herself in house of AKP deputy, suspicion continues

An Uzbek young woman, Nadira Kadirova, has reportedly killed herself in the house of one of the ruling AKP deputies, Şirin Ünal, whom she was working for. As the "suspicions" in the case of the suicide stirred controversy, the AKP deputy was not even put as a "suspect" in the investigation file 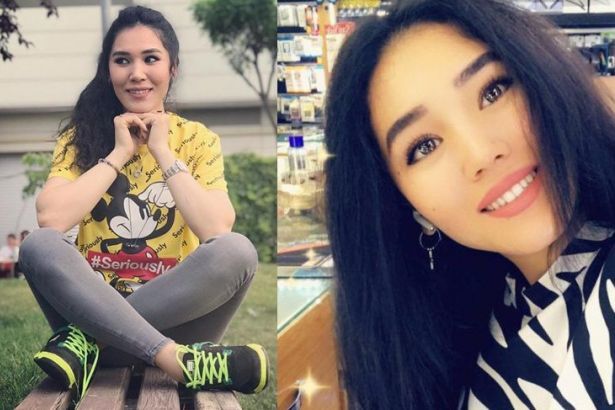 Nadira Kadirova, an Uzbek citizen, lost her life on 23 September in the house of Turkey’s ruling AKP Istanbul deputy Şirin Ünal in Ankara, where she had been working nearly for one year.

The 23 years old young woman was saving money for her university study, according to the information given by her close friends.

Ankara Police Department, announced the incident as 'a suicide carried out with a gun'. The gun was licensed to Turkey's ruling AKP deputy Şirin Ünal.

Some developments within the scope of the investigation conducted after the death was found "suspicious" by some of the public belief.

A close friend of Kadirova, Leyla Niyazova said the young woman had told her before the incident that she had been harassed by MP Ünal and she was planning to kill herself.

It is also reported that Ünal is not a “suspect” in the investigation file about her suicide. The prosecutor's office found Leyla Niyazova's statement about sexual harassment assertion "contradictory".

THE MP IS PROTECTED BY THE AUTHORITIES

The lawyer of Kadirova's family, Müjde Tozbey Erden who is also the president of the association “Children and Women Come First” spoke to soL news and stated that there are many indications showing that this death is very suspicious.

Lawyer Erden stated that the deputy was protected by the authorities. Erden criticized the process of investigation and asserted that asking the witnesses whether Nadira was prostituting or not is an effort to cloud the prosecution and justify themselves.

Following the suspicious death of Nadira, his brother immediately went to the house where Nadira worked and died, but she was not shown to him. On the other hand, Nadira was not shown to her brother before or after the autopsy either. In addition, the autopsy was completed within two days and the post mortem processes and reports were finished hastily.

Erden argues that in Turkish practices, the completion of all these within two days and the copse being sent to Uzbekistan right after is even more suspicious. Only two friends of Nadira was called to testify after Erden's countless efforts to draw attention to the case. AKP deputy Şirin Ünal is not even a 'suspect' in the investigation files.

Ender concludes by saying, “they are trying to contaminate the investigation, but we will not let Nadira's name be dishonored".