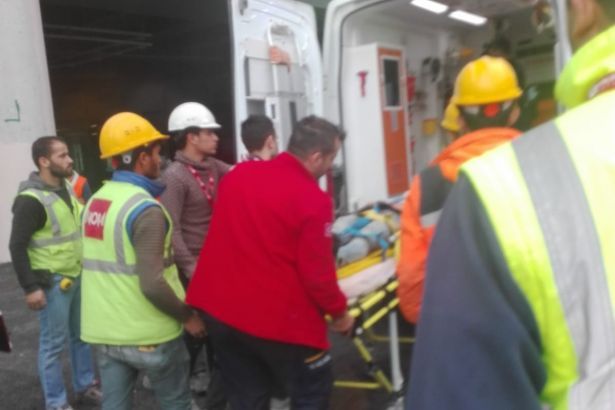 A worker was injured on November 5 at İstanbul's new airport site as construction works are still continuing despite the official inauguration of the airport on October 29.

The anonymous worker fell on his neck whilst working at a pier building on Monday and he was taken to a hospital by an ambulance. The medical situation of the worker still remains uncertain.

İstanbul's third airport was officially launched on October 29, Turkey's Republic Day, with the attendance of President Recep Tayyip Erdoğan who declared the name of the new airport as "İstanbul Airport".

Tens of thousands of workers had been forced to work day and night to finish İstanbul's third airport project until October 29, Turkey's Republic Day, at the request of Erdoğan and his AKP government with the aim of turning the inauguration ceremony into a show-off. Apart from long working hours, mobbing and inhumane working and living conditions at the construction site, the exact number of the workers who had been killed due to work-related deaths has remained uncertain.

33 construction workers are still under arrest as hundreds of them were taken into custody on September 15 after protesting and striking over labour violations during the rush to open the airport on 29 October. The airport construction is now claimed to be finished completely on December 31.