Turkish version of Japan women’s universities approved by Turkish president Erdoğan is included in the 2021 program of the Presidency. 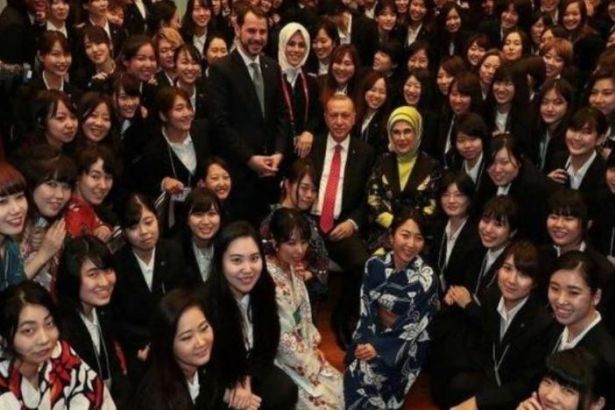 In June 2019, Turkish President and the chair of AKP Erdoğan joined the G20 summit in Japan where he was given the title of honorary Ph.D. by Tokugawa Women’s University. Following the visit, Erdoğan said that women’s universities in Japan set an example for Turkey and the government would start working on the project. To put the project into practice, women’s universities plan has been included in the ‘2021 Presidency Annual Program’.

The women's universities plan was included in the five-year development plan accepted by the Turkish Parliament in July 2019. Communist Women of the Communist Party of Turkey (TKP) made a statement after the release of the plan, saying that “women’s universities contradict the secular, scientific and mixed-sex education. Universities are no longer educational institutions under the rule of AKP; the government has forced women live with more inequality in every aspect of their lives and AKP wants to introduce these reactionary practices as development.”

In 2019, a soL columnist and scholar of international relations, Mustafa Türkeş, commented on Japan's women’s universities, reminding that before World WarII, it was forbidden for women to study in universities in the Japanese culture, only men had the right to get higher education. "After the war, universities accepting only female students were established. Mostly, old ‘special training colleges’ were transformed into universities for women. Until this point, it may have seemed like a progressive move but actually, it was not, because these universities conduce women to be treated like second class-citizens. Japan's conservatism ignores the equality of women and me and forces women to accept this. Women’s universities play an important role in regenerating this inequality” Türkeş wrote.