The World Committee meeting of the Women's International Democratic Federation (WIDF) has started on Saturday in Namibia. With this year's title 'Gender Equality, World Peace and Social Justice for All', the meeting will last for three days. A march was held on Sunday for world peace with 18 country delegates from five regions 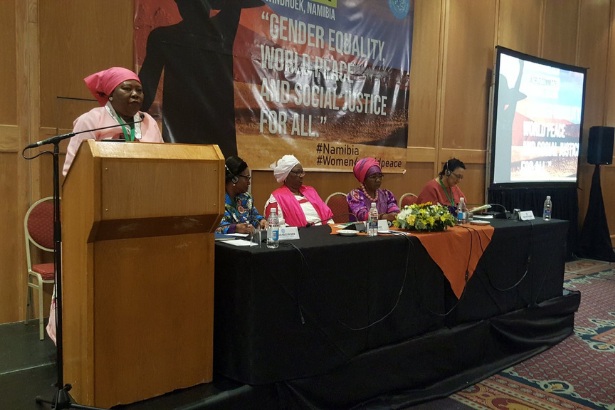 The World Committee meeting of WIDF began on Saturday, August 10, in Namibia.

With the theme “Gender Equality, World Peace and Social Justice for All”, the meeting was held in the capital city, Windhoek. WIDF will hold its 17th Congress in 2020.

The importance of the meeting for African women was emphasized in the meeting, which is also held in an important region for the new policies of imperialism. In the speeches, where it was mentioned that gender equality and world peace were the same and the dangers faced by women were directly related to imperialism, the usurped rights of the Palestinian people, the blockade on Cuba for years and military interventions against Venezuela were condemned.

In the following sessions, WIDF's attitude towards new developments in the world was discussed. In these sessions, the status of refugee women, women's reproductive rights, the organization of young women, violence against women and imperialist wars were stated as the main struggle topics.

At the end of the meeting, regional reports for Europe, Asia, Arab, Africa, America regions were presented and joint reports were prepared.

In the sessions where regional reports and solution proposals were discussed, the Cuban delegation stated that the US-Trump administration had promised that it would abolish the blockade imposed on Cuba for years if Cuba ceased to support Venezuela, but stressed that Cuba would not give up internationalist solidarity.

While the Iraqi delegation informed that the fatherless children of the women who were raped by the IS could not obtain identity and that these children who are now in school continue to schools without any identification document, they also stated that WIDF should force the responsible governments to stop these activities. The Vietnamese delegation called on China for peaceful compliance with the international provisions in the North and South China Sea, raising the tension by violating the security of the special economic zone of Malaysia and Vietnam (EEZ).

On the second day of the meeting, the Peace March in Windhoek was attended by the Ambassador of Namibia and the Association of Solidarity of Namibia and Venezuela, as well as the Cubans in Namibia. 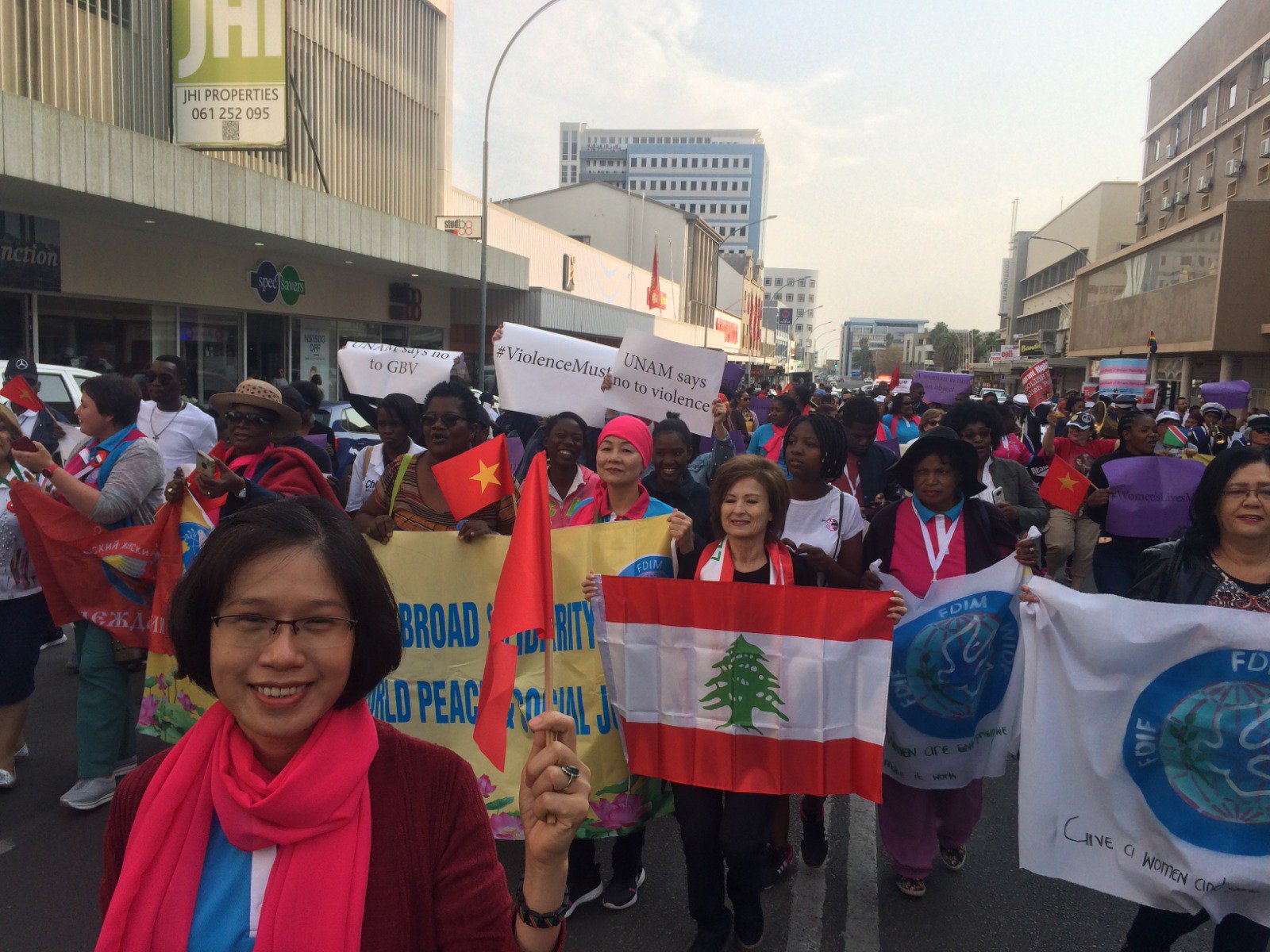