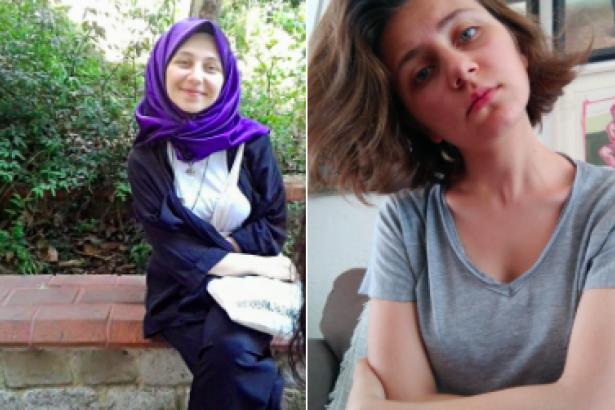 In the past few weeks, #10yearschallenge has become a worldwide hashtag on social media through which people including many celebrities have been sharing side by side photos of themselves shot ten years apart.

Women posting photos of themselves wearing headscarf and not wearing headscarf years apart with references to freedom under the #10yearschallenge hashtag has taken the Turkish public by storm, revealing years-long controversy along conventional secularist-conservative (Islamist) lines. However, the struggle of working-class women today in Turkey exceeds the scope of secularist-conservative debate on headscarf.

SoL news has interviewed three of these women posting their photos under the hashtag who stopped wearing headscarf despite community pressure.

Sümeyye, a 21-year-old undergraduate student at Mimar Sinan University, says that there are oppressed women who seek their freedom and lifestyle they want to pursue. She considers herself one of them who actually achieved that freedom by taking off headscarf. She started wearing headscarf, which she described as an alienating thing, at the age of 14 in high school because she was told so. According to Sümeyye, her father still does not know she does not wear headscarf anymore because she still puts it on when she goes back home in the evening.

Büşra, a 24-year-old dentist, regards taking off her headscarf as the biggest success in life after having waited for five years to realize it. She describes how she started wearing headscarf as a fait-accompli by her family, who sent her to a Quran course where all young girls were put on headscarves. She also describes headscarf as a great burden not to be carried by young girls.

Zühal, a 24-year-old A&E technician, highlights that wearing or taking off headscarf is a personal choice and it is none of anybody’s business. She started wearing headscarf at the age of 11 in primary school because she envied her bigger sister, who also wears headscarf, and she was encouraged by her father. However, she soon lost her enthusiasm after having seen her peers playing in the streets.

Both Büşra and Zühal describe themselves apolitical and describe the act of taking off headscarf as a personal life choice.

Sümeyye, however, talks about patriarchy where the role and place of women are strengthened by religion and politics, even though she describes her decision to take off headscarf as not a political act. Sümeyye further states that freedom is to be achieved by women who seek for it.

“TURKEY NO LONGER FITS INTO THE REACTIONARY CAPITALISM"

Güler tells, in his article, that he asked her how she became part of communists and she told that she was treated as a human only by communists.

“That working class woman was the reality”, Güler says. “Her headscarf did not turn the reality of capitalist relations of exploitation and domination upside-down like a reactionary tool. Collective and organized struggle aimed at social emancipation exposed the reality of human and this woman.”

He notes that capitalism in Turkey cannot live without reactionism promoted by the AKP, however, there is a growing number of women who also stop wearing headscarves and working people who despise reactionism. He argues, in Turkey, capitalism alienates itself in this way.

Güler writes that capitalism normalizing the religious reactionism "cannot prevent women from becoming a working class citizen. Women, who wear headscarf, are still in the working class and get involved with organized and collective struggle. Headscarf can no longer veil the reality of capitalism. Now women can fight against the traditional social structure, religious brotherhoods, patriarchy, the diffusion of religion in the public sphere, and all of those that are caused by capitalism, exploitation, poverty, and domination.”

“Turkey can no longer be fit into this reactionary capitalism pursued by the AKP”, he adds.