Gaye Akıl, an employee of Dorock XL, an entertainment and concert venue in Turkey’s İstanbul, was attacked by the landlord at her workplace. Highlighting that Şahin Şeker, the landlord, threatened her with her life, Akıl now demands justice and imprisonment of the assailant 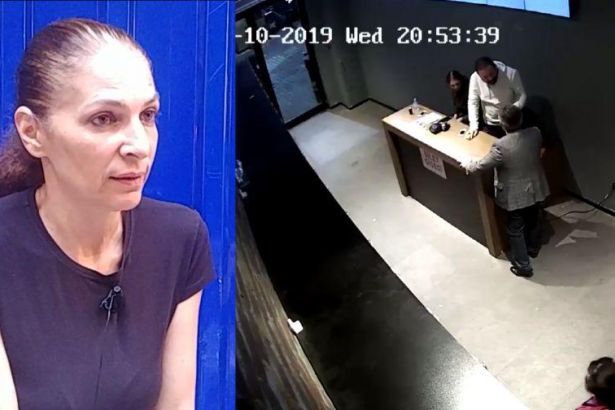 Gaye Akıl, a woman working in an entertainment venue called Dorock XL in İstanbul, Turkey, was attacked by the landlord, Şahin Şeker.

Posting about the attack on social media days after the event, Akıl stated that she had delivered the video footage of the attack to the authorities and nothing happened.

"NOTHING HAPPENED AFTER I HAD GIVEN COMPLAINT TO THE POLICE"

Interviewed by Posta daily, Gaye Akıl explained the incident: “Şahin Şeker came to the venue in the night of April 10, he said ‘You will stand up when you see me’ and he started to hit me.” Akıl says that she also had a life threat from Şeker and that nothing happened after she had given her complaint to the police.

Along with Akıl, 3 more people testified on the incident to the police after they had received a battery report. 15 days after they testified at a police station, and no further progress was made on the issue, Akıl went to the prosecutor’s office.

“I personally delivered the footage to the prosecutor’s office,” Akıl says. “No result. My lawyer made the prosecutor issue a 6-month suspension for Şahin Şeker. I live in that area. My 11-year-old son goes to school passing through that area. I can’t stay alone at home. I announced the incident on social media because I am afraid that they can harm me and my son.”

Stating that she is always alert in case another assault might occur, Akıl demands imprisonment for Şahin Şeker.

On February 20, two women who were there to attend an event were assaulted by a security guard at the Dorock XL. The video footage of the attacked sparked controversy on social media.

The management had stated that it was a fight where two sides were attacking each other. After the video footage appeared on social media, DorockXL stated the women were attacked "for no reason."