Wildfires kill at least 74 near Athens

Wildfires raged through seaside resorts near the Greek capital, torching homes, cars and forests and killing at least 74 people 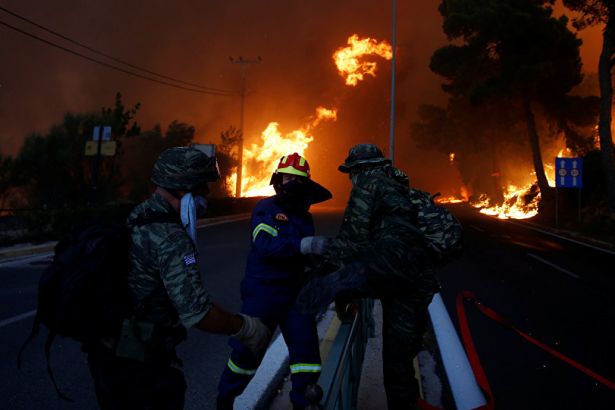 Wildfires raging through seaside resorts near the Greek capital torched homes, cars and forests, killing at least 74 people, authorities said Tuesday. Twenty-six of the dead were groups of families or friends found huddled together, some of them clasp in hugs. Others swam out to sea to escape the inferno and some never came back.

The inferno was by far Greece's worst since fires devastated the southern Peloponnese peninsula in August 2007, killing dozens. It broke out in Mati, east of Athens, late Monday afternoon and was still burning in some areas on Tuesday.

Over 600 firefighters and 300 vehicles are involved in the rescue operations. Spain and Cyprus have offered their help on the issue, as Athens has asked for assistance from the EU.

Coastguard vessels and other boats rescued almost 700 people who had managed to get to the shoreline and pulled another 19 survivors and six dead bodies from the sea, the coastguard said. 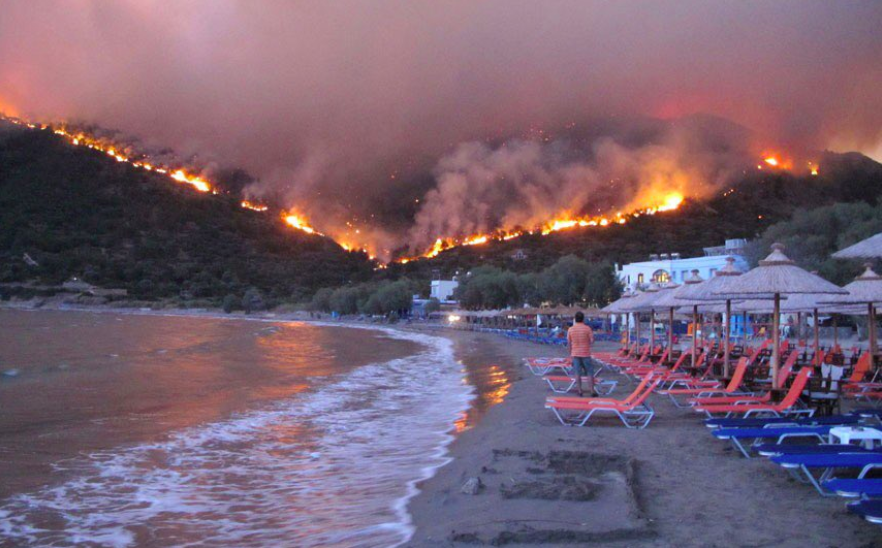 One of the youngest victims was thought to be a six-month-old baby who died of smoke inhalation, officials said.

Twenty-six of the dead were found at first light Tuesday huddled together in one compound near the sea in the community of Mati, near the port of Rafina.

Mati is located in the Rafina region which is popular with local tourists, especially pensioners and children attending holiday camps.

The Greek authorities have declared a state of emergency in some areas northeast and west from Athens.

Greece on Tuesday declared three days of mourning over wildfires. "The country is going through an unspeakable tragedy," Greek Prime Minister Alexis Tsipras said in a televised address.