There are 57,934 emails from the period between April 2000 and October 23, 2016, all of which had been sent by the personal account of Turkey’s energy minister and Erdoğan's son-in-law, Berat Albayrak 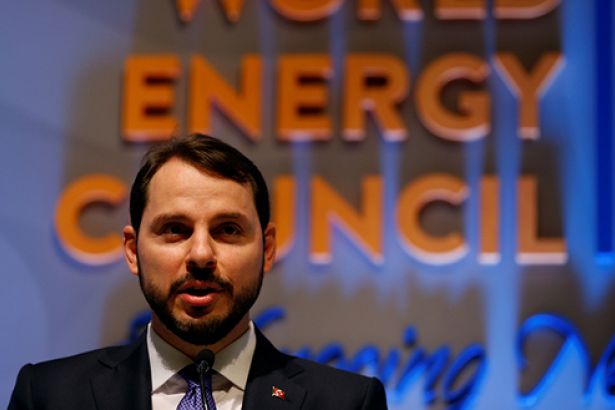 WikiLeaks released Turkish Minister Berat Albayrak’s emails which had been uncovered by RedHack.

Turkish Minister of Energy and Natural Resources and President Recep Tayyip Erdoğan's son-in-law Berat Albayrak's e-mails, were released by WikiLeaks, the website that has become famous for uncovering various secret US diplomatic correspondence.

RedHack previously uploaded the emails on Google Drive and Dropbox. The government blocked both websites.

Emails prove the connection between Albayrak and companies like Powertrans, a company that has been pronounced in connection with having oil trades with Islamic State of Iraq and Syria (ISIS), claimed WikiLeaks in its statement.

The statement emphasised another point in which Albayrak tried to cover up his contact with the company.

"The archive contains almost 30 emails exchanged between Albayrak and Betül Yılmaz, the human resources manager of Çalık Holding, a conglomerate of which Albayrak was Chief Executive Officer," WikiLeaks said in a blog. The emails detail Yılmaz seeking approval from Albayrak "regarding Powertrans personnel decisions", including the hiring of staff and approval of Powertrans salaries.

"I share short evaluations of candidates you have directed to me," reads a roughly translated transcript of one of the emails sent to Albayrak by Yılmaz. The email appears to contain detailed discussions on various candidates for different roles within Powertrans.

In an email, Albayrak discusses with his lawyer to disclaim the connections with Powertrans publicly. When the lawyer suggests him the written statement “My client Berat Albayrak does not have any connections with the company anymore,” Albayrak denies any involvement with or connection to Powertrans as he writes: "I never had ties with this company!"

Some of the juiciest tidbits in “Berat’s box” are found in exchanges between Albayrak and his brother Serhat, who runs the pro-government Turkvuaz Medya conglomerate and is a board member of Çalık Holding, a giant Turkish company with interests in energy, construction and telecoms, among other things.

Emails about the Justice and Development Party’s (AKP) Internet-trolling crew are also in the leaks, said the WikiLeaks statement.

In an email from January 2016, Albayrak was claimed to be organising a lobby to prevent the İpek Media, which was seized because of connections with the network of U.S.-based Islamic preacher Fethullah Gülen, to be given back to its previous owners and to sell it to government sympathisers. The Gülen network was one of the masterminds of last year's abortive putsch.