"It is not a new tactic in Turkey for those, who are at odds with some of the values represented by the Republican revolution, to declare something "Kemalist" in order to demonize a political center" 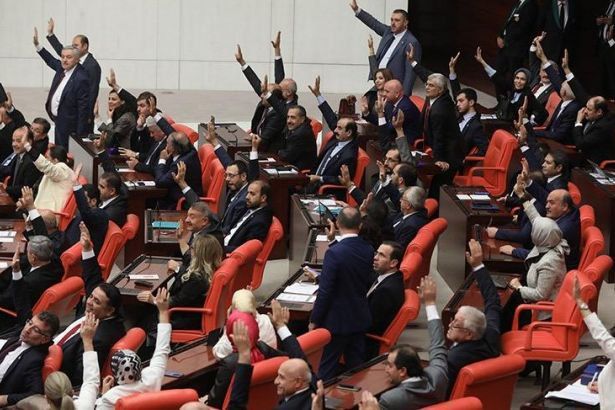 Özgür Şen, soL columnist, wrote about the political stances of Turkey's ruling Justice and Development Party (AKP), the opposition parties like the Republican People's Party (CHP) and the pro-Kurdish Peoples' Democracy Party (HDP) ahead of the repeated local elections in İstanbul.

As the AKP blames the HDP for supporting the pro-Atatürk/Republican political line so as to get the votes of conservative Kurdish voters, Şen says that the opposition parties also resort to a religious discourse against the reactionary attacks of the ruling party.

Is it the best way for the AKP to warm up the debate of Kemalism in order to get the votes of conservative Kurds in the upcoming elections of İstanbul?

Considering what has been written and discussed recently, the AKP members think that the best method of reminding the Kurds, particularly the conservative ones, of their stance against Kemalism, thus enabling them to act in this direction, is to establish a link between Kemalism and the HDP, the pro-Kurdish party that has influence over the same basis.

Interposing Kemalism between the HDP and its basis... Telling the Kurds that the HDP is also part of Kemalism... Does it sound nonsense? Not that much.

It is not a new tactic in Turkey for those, who are at odds with some of the values represented by the Republican revolution, to declare something "Kemalist" in order to demonize a political center. Let us remember that the liberals who often resort to this tactic exaggerate the situation so much that they also blame the AKP for being Kemalist.

However, the term of Kemalism naturally reminds Atatürk himself, and it is extremely risky to directly fight Atatürk ahead of an election. Especially, it is apparent that such an attack would not be preferred. considering that your leader [President Erdoğan] has recently taken some steps in the quite opposite direction, and showed again on May 19 [the beginning day of the Atatürk-led Turkish War of Independence in 1919] that he would not manipulate the sentiments of broad masses towards the founding leader of the Republic in Turkey.

Nevertheless, there is another reality behind the current situation of the country that has been dragged by the AKP and the opposition in cooperation.

It is difficult in Turkey to fight Atatürk's name, yet it is very easy to fight the Republican values established by Mustafa Kemal and his friends... Atatürk is still precious as a symbol, he is being commemorated at every ceremony, he is really loved and respected by a part of the society; however, the Republican values like secularism that he established has been heavily stomped on for many years.

The AKP members opt for the latter option in the case of the HDP; they bypass Atatürk, and they attack secularism and the historical progress while they show the HDP and Kemalism within the same bracket of the Turkish left. As they declare the HDP Kemalist, they particularly accuse all these movements of being anti-religious forces. That is why they remind that the Kurdish movement derived from the Turkish left in the 1960s, and the PKK's anti-reactionary discourse in its early phases.

Since their essential goal is to bear enmity towards the progress and enlightenment, they say that the HDP and the CHP are common in anti-religious stance, thus using the term of Kemalism in order to emphasize this partnership.

Of course, there is nothing surprising about this discourse of the reactionary AKP that is an enemy of the historical progress and the Republic.

However, as the AKP attacks the humanitarian values, the road taken by the CHP, the HDP or other forces demonstrates very important data regarding today's Turkey. Because the addressees of such a reactionary attack cannot respond to it.

Of course, the case of the HDP is not defending Kemalism. However, the Kurdish movement upgraded its fight against the Republic of 1923 to a stance against the historical progress and enlightenment. Therefore, nobody expects them to give a pro-enlightenment answer to this attack now. Moreover, this movement opts for seeking its roots not in the Turkish left anymore, but in the Sheikh Said rebellion [an Islamist-Kurdish rebellion against the republican government in 1925].

There is no case showing that the CHP's candidate is against reactionary forces. Everyone accepts that Ekrem İmamoğlu, who also positively talked about the jihadist Humanitarian Relief Foundation (İHH), was deliberately nominated so that he would give religious answers, let alone secular, to such reactionary attacks.

They will answer with the same religious tone to the AKP's reactionary attacks. As the CHP tries to prove that it is also conservative, the HDP, if it continues to support the CHP, will show that it is as good as the AKP at representing conservatism.

The İstanbul elections will show us whether this pro-religious line of the HDP and the CHP could cope with this approach of the AKP towards the Kurds.

But the case is not only restricted with the elections. Quite the opposite is true... In Turkey, we have reached these days because of those who try to market that the elections are the only point and that such steps should be regarded as electoral strategies which should not be exaggerated.

We do not need to wait for the elections to see what this country has lost as social democracy gives reactionary answers to reactionary attacks and to the accusation against the HDP of being Kemalist. True, Turkey is a not a secular country anymore, and the Republic of 1923 was destroyed a long time ago. However, getting used to the current situation, and furthermore, allowing the situation to get worse would detract us from the bright future if we accept the assertion that the Republic was already abolished, secularism was abandoned, and what is done is done.

Naturally, Turkey loses as reactionary forces are competing with each other.