Why do the world's richest people say ‘tax the wealthy more’?

‘Tax the wealthy more’ say Abigail Disney and George Soros: Why the wealthiest would like to be taxed more and amend capitalism? 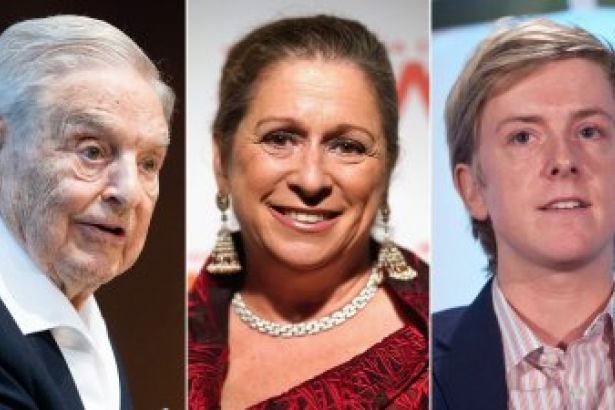 On 24 June, Chris Isidore from CNN reported that the richest Americans demanded to be taxed more. In fact, eighteen members of the US wealthiest families wrote a letter to 2020 presidential candidates which underlined that the top 1/10th of 1% is nearly equal to the wealth of the lowest 90% of American households:

“We are writing to call on all candidates for president, whether they are Republicans or Democrats, to support a moderate wealth tax on the fortunes of the richest one-tenth of the richest 1% of Americans -- on us.

Those of us signing this letter enjoy uncommon fortunes, but each of us wants to live in an America that solves the biggest challenges of our common future”.

According to CNN, such a call from the wealthy Americans was not the first of its kind as Berkshire Hataway CEO Warren Buffett found it wrong that his secretary’s income tax was at a higher than that of his. Barack Obama subsequently proposed a minimum tax on millionaires’ incomes later known as the ‘Buffett rule’.

CNN, being a mainstream media outlet fundamentally voicing the concerns of the wealthy, underlined that the tax revenue obtained through such a wealth tax should be spent on ‘addressing climate change, universal childcare, student loan debt relief, infrastructure modernization, public health, and tax credits for those with low incomes’.

Such a call from the wealthy is, indeed, not the first of its kind. Abigail Disney previously stated that it was ‘insane’ to pay Bob Iger, the CEO of Disney, 1,424 times more than an average Disney worker with Iger’s income totaling 66 million USD.

According to the 2017 report of the American Federation of Labor and Congress of Industrial Organizations (AFL-CIO), the CEOs of big companies earn 361 times more than an average industrial worker. The CEO-to-worker pay ratio was 107 in 1990, and 42 in 1980.

The burning question remains: Why the wealthiest would like to be taxed more and amend capitalism?

The question was also answered as crystal-clear by Ali Koç, the member of Turkey’s wealthiest Koç family. As one of the top representatives of Koç Holding, Ali Koç is recently known for his interesting declarations that income inequality must be decreased because it is not socially sustainable. However, while Ali Koç was saying this, workers were fired from Koç factories after using their right to strike.

Today, the gap between the richest and the poorest is greatest ever in any phase of capitalism. Such a call for wealth tax can only indicate that capitalists are to anticipate the possibility of escalation of class struggle between the working people and the capitalists.