Who removed imperialism from dictionaries? 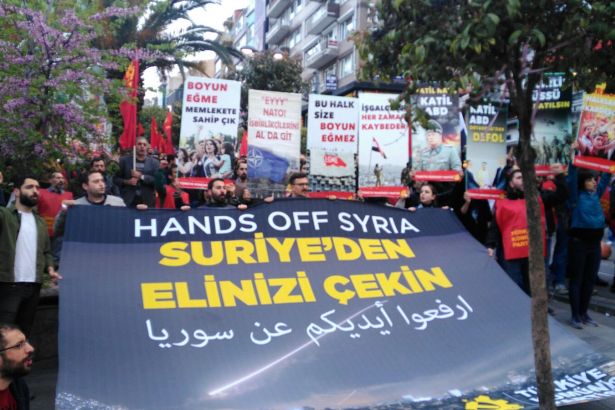 As the talks were continuing after Turkey's military offensive in Syria, something that got little attention was reported. Allegedly, Turkey had increased its military presence in northern Iraq as it was doing so in Syria.

It is not always possible to confirm this kind of allegations. Especially in such times, the news itself is a tool and part of war and conflict...

However, the fact that the news itself is hardly a surprise to people or even such a move is expectable for Turkey is more important than the news. Turkey is moving easily in northern Iraq because its military presence in the region is the extension of its economic and political presence. Moreover, the temporariness of military existence can be discussed, but how about the character of its economic and political existence?

Turkey is the most important trading partner of the Kurdish regional government in northern Iraq. The region is a profitable and productive investment area for Turkish capital. The relations, which temporarily slowed down after the Barzani administration attempted a referendum, returned quietly to their former state. In the thick of the referendum, some Kurdish sources were claiming Turkey could not abandon these relations and thus it can turn a blind eye to Barzani. They may have been right about the importance of the relationship, but their analysis was wrong because they ignored the balance of power. Because Turkey was the advantageous side with regards to being developed and powerful in this relationship and, thus, was applying pressure to get what it wanted without sacrificing the region.

Now, Turkey is pursuing a similar scenario in Syria. It is, of course, aware of the fact that its military presence will become controversial after a certain point and cannot be maintained in this way. But Turkey ruled by AKP is trying to make permanent its political and economic influence in Syria. Military activities sometimes function as a battering ram and sometimes as a helper or supporter.

Those who reduce imperialism only to a concept of foreign policy and those who see military activities as an extension of this would not understand the presence of Turkey in the region. Turkey is not engaging in extraterritorial political, economic and military activities because it is an imperialist country. But Turkey, in accordance with the rules of the imperialist era, makes such attempts to the extent of its capacity and these attempts constitute a whole covering political, economic and military arenas.

Yes, these arenas constitute a whole and imperialism is not a concept of foreign policy; it is a stage of capitalism. It is based on the dominance of international monopolies and capitalist order, operates within a framework of a world-wide hierarchy, and in this hierarchy, all the forces are in ruthless competition with each other.

Syria, Iraq, Turkey or anywhere else in the world ... Today, referring to the concept of imperialism is a must to understand what is happening in the world and to take the correct position. No other way is possible.

However, in Turkey, since the European Union debates in the 2000s, the concept of imperialism has been put on shaky ground, has almost removed from the dictionaries and has no longer been used correctly.

Now, we can find whatever we search for in this empty space created. Those who took shelter in the back of an imperialist power to prevent Turkey's intervention now do not know what to do. Some begged for help from imperialist forces to destroy AKP. Others have actually worked together with imperialism while they were trying to make people believe that they were challenging imperialist powers. Some have taken the side of another imperialist to be against a certain imperialist center. They're all on the same side, even if they never agree with each other.

This has been the line that connected those supporting Turkey's military offensive in Syria with those opposing it. It would not be possible without entirely opposing the system in Turkey and in the world.

Isn't it clear that a similar situation applies to Syria across the border? The dilemma of the Assad administration, which is rightfully and legitimately fighting for all foreign and occupying forces to leave the country, is very similar.

The Syrian government can end the military presence of Turkey in some way. It may also categorically refuse to sit down on a bargaining table with Erdoğan with whom it makes the talk through Russia today. But in order not to let Turkey and other foreign forces enter Syria, we have to exit this system that provides legitimacy to these actors. Otherwise, there will always be a base for these countries or actors to continue existing in Syria.

Not the US but Russia would try to intervene in Syria or not Erdoğan but another actor from Turkey would sit on the bargaining table.

Yes, not Erdoğan but another actor...

Who says Erdoğan will rule Turkey forever? The military operation in Syrian has shown, among other things, that this situation can easily change, contrary to what has always been said.

Does Turkish capitalism want to be permanent in Syria? Nobody can say that the possibility of Turkey to increase its economic and political presence in Syria is low, as it is clear that Turkey is ruled by those who are ready to sit on the table with the Syrian government. The needs of the capitalist system may now be making everything easy for Erdoğan, but this does not necessitate that Erdoğan will always be the actor as the situation in the region changes.

Erdoğan's base for legitimacy can shake as the plans of Turkey's capitalists and the whole system become compatible with some other actors' political orientations. That is exactly the capitalist system itself. In the stage of imperialism, the system is based on the domination of monopolies and the capitalist greed for profit.