Which countries purchase F-35 fighter jets from US?

After the US President Donald Trump visited Japan and the country announced that it would purchase 105 US-made F-35 aircraft, the issue of which countries will purchase F-35 is on the agenda again 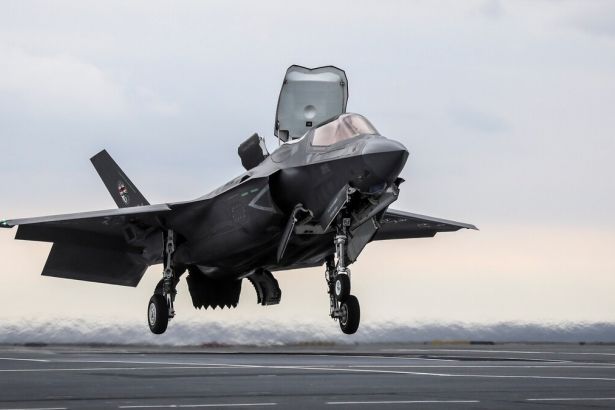 Together with 105 new fighter jets Japan will purchase, the country's F-35 fleet will reach 147 aircraft. This purchase will provide significant advantages to the United States in the Pacific and is a message to China, according to the sources.

It is also expressed that the loss in case no agreement is reached on the F-35s with Turkey will be covered by other countries' purchases.

The crisis between the US and Turkey over the agreement on the purchase of F-35s continue since Turkey insists on purchasing Russian-made missiles, too. The US has long been stating that in case Ankara purchases S-400 air defense systems from Russia, Turkey can be removed from the F-35 program. However, Ankara does not back down on S-400s despite Washington's warnings.

The F-35 is produced under the Joint Strike Fighter program established in 1993. This program jointly financed by the US, UK, Canada, Australia, Italy, Netherlands, Norway, Denmark, and Turkey. Six of these partners received their first deliveries.

In addition to these 9 partner countries in the program, South Korea, Japan, Belgium, Finland and, finally Poland will be purchasing the F-35 jets, it is reported.

From 2023 onwards, the old F-16 fleet of Denmark will be replaced by the F-35 fleet. This largest-ever purchase of Danish history includes 27 F-35 aircraft and costs a total of DKK 66 billion ($ 10 billion).

Last week, six of the British Royal Air Force's F-35 fighter jets were launched from the Marham Base in Norfolk and landed at the Ağrotur [Akrotiri] Base in Southern Cyprus. Britain will own 138 F-35B aircraft.

The Polish government, which adopted the rule of transferring at least 2 percent of NATO's GDP to defense expenditure and raised it to 2.5 percent in 2017, has recently announced that it will order 32 F-35A.