Where to go with US murders in Middle East

SoL columnist and TKP CC member Erhan Nalçacı writes on the US' murders in the Middle East, declaring the US a rogue state still continuing with its murders in lands under its invasion 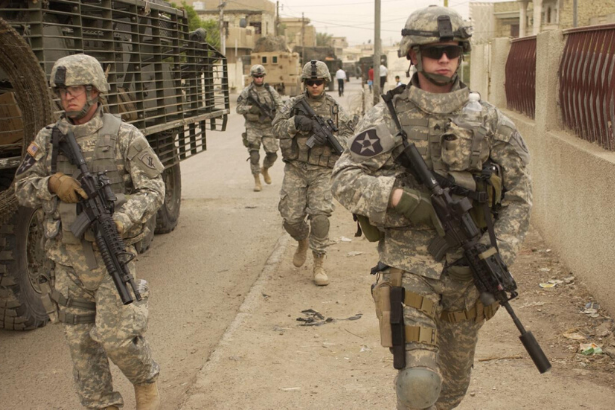 There were fast developments. On the New Year, the US Embassy in Iraq was raided. In the early days of 2020, the Iranian commander Qassim Soleimani among others were killed as a result of the US assassination.

The USA is an international rogue state, which invaded Iraq with lies and conspiracies, caused the death of millions of Iraqis, and still continues with its murders in lands under its invasion.

However, the assassination of Soleimani cannot be considered as a mere murder, it rather looks like a provocation that can bring about important consequences.

Leaving aside the nature of the Iranian regime and what it stands for, Soleimani has interfered with the USA’s and Israel’s interests in the Middle East for fifteen years. Soleimani was significant by acting as a shadow foreign minister rather than a mere military officer.

Following its attack, the legitimacy of the presence of the USA in Iraq has decreased, and it has become more questionable. Now, let’s focus on the USA-Iran relationship because Iran was targeted even if the murder took place in Iraq.

Since the Islamic revolution in 1979, the relationship between Iran and the USA has been tense. The characteristics and background of such tension have changed over the past five years.

This cannot be understood without understanding the tension between the USA and China.

The tension between the USA and Iran, which was on the rise following the desire of Iran to become nuclear power in the 2010s, can be understood as a regional competition. This is the case since Israel is known to be nuclear power which ignores international responsibilities. Iran was to be contained by the imperialist states when it decided to become another nuclear power.

Eventually, an agreement with the participation of the UN Security Council states and Germany was secured in 2015.

The inevitable rise of China changed the US strategy nevertheless. The USA declared China as its strategic rival in 2017 – which can be understood as an enemy.

Iran and the Gulf states were important regarding the export of energy to China, which remained a significant oil consumer and had a dependency on foreign markets. The hegemonic project of New Silk Road launched by China also used Iran by land and sea.

The USA formulated its strategy against China as the creation of chaos for Iran and war in the Gulf region.

The USA unilaterally withdrew from the agreement on nuclear energy in 2018 and arbitrarily severed its embargo on Iran. The US’ efforts to trigger insurgency in Iran should also be added to the point.

The USA, in coalition with the UK, further deployed naval forces in the Gulf region.

In response, Iran joined the Shanghai Cooperation Organisation in 2016 and became a strategic partner of China.

Last year, China declared that it would not allow any attack against Iran.

During the last few days of 2019, Iranian, Chinese, and Russian naval forces undertook a joint training in the Indian Ocean and the Gulf region for four days.

Now, the tension is getting out of control. While deploying military assets in the Pacific, the USA threatens Iran to destroy its oil refineries.

We should remind ourselves that all imperialist wars target the working classes no matter in which country they erupt.

The only exit from this situation which threatens us all is only possible through our own organized power.

What does Iran question denote?

US labeled IRGC as terrorists, how about US army?