What is happening in the Eastern Mediterranean?

A scholar of international relations and a contributor to the Science and Enlightenment Academia, Mustafa Türkeş, evaluated the recent developments in the East Mediterranean for soL news. "Tensions deepen in the Eastern Mediterranean and competition becomes institutionalized," he says 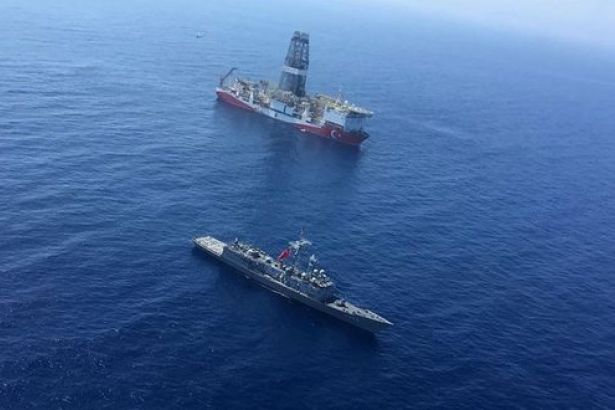 Evaluating the recent development in the East Mediterranean, Mustafa Türkeş states that the tensions deepen in the region and the competition over the resources of the region becomes institutionalized.

The increasing competition is over the fossil energy reserves as well as their transport to the European market and over the pipelines in the region.

"Since the first fossil fuel reserve was discovered by Israel in 1999 and from 2011 onwards, the US, then British, Italian and French energy companies discovered the reserves, an international tension was triggered with the intervention of non-regional big capitalists groups," according to Türkeş.

After the Greek Cypriot administration and the Greek government invited giant international energy companies to the region and signed fossil fuel exploration licenses, in January 2019 at a meeting held in Cairo, Greece, South Cyprus, Italy, Israel, Egypt, and Jordan formed a platform called the East Mediterranean Gas Platform without including representatives from Turkish Cypriot Administration and Turkey.

"This points to the intervention of the United States and the beginning of institutionalization and deepening of the tension," says the expert.

"The Eastern Mediterranean Security and Energy Partnership Act submitted by two senators on June 25, 2019, was approved by the US senate. According to the act, a Center will be established to coordinate energy cooperation between the US, Israel, Greece and the Republic of Cyprus in the Eastern Mediterranean. Of course, the dominant, hegemonic actor of this center will be the US," Türkeş adds.

However, Türkeş also notes, the US is no longer as strong as it used to be. The policies of Russia and China in the energy equation seem to be constituting an important part. But the people of the region continue to fight against each other at the national levels, which, in the end, benefits to the international monopolies.

"Essentially, the solution of the problem can only be possible by establishing an alternative system to capitalism. All peoples living in that region are rightful owners of the fossil energy resources in the Eastern Mediterranean. ... Inviting imperialism in would only feed capitalism," Türkeş argues.