What is this “Fethullahist Terrorist Organization”?

"Nobody used anybody; everybody was in service of capital; Gülenists had been one of the safeguards of the close cooperation between the US and Turkey in times of increasing international competition and conflict. And yes, this was also state policy" 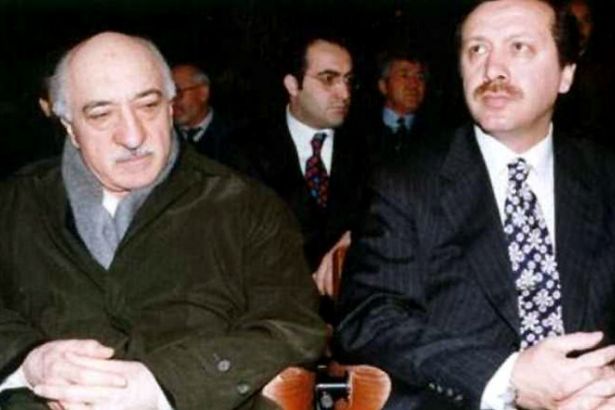 General Secretary of the Communist Party of Turkey (TKP), Kemal Okuyan, writes on Fethullah Gülen and his history with the Turkish state. Today’s terrorist organization, he reminds, was working “for the interest of Turkey” before 2013.

The network of Fethullah Gülen was referred to as Fethullahist Terrörist Organization (FETÖ) by the AKP government after the failed coup attempt in 2016.

A suit was filed against the daily newspaper Sözcü accused of “serving for FETÖ although not being a member of the organization”. It is not possible to understand what the accusation says clearly, but it seems that the anti-Gülen headlines and news were presented as pieces of evidence to this claim. They thought “if they are discrediting Gülenists, then they are in cooperation with them”!

With this case, the judiciary confirmed the two basic criteria of sincerity in “fighting FETÖ”. Praising Fethullah Gülen and his sect to the skies before December 2013; this is the first criterion. And the second one is calling Gülenist “a parallel structure” and accusing people of “being a FETÖ member”.

You are either in or out of the game.

But, what if there is no game?

We keep saying what the ex-general İsmail Hakkı Pekin announced recently: Fethullah Gülen was a man of the “state”. This was so from the beginning.

The missions that had been given to him had changed, but what was unchanged was protecting the existing order and intervening in the field of politics and social life according to the interests of international monopolies.

'Fethullah Gülen was our man to fight communism': Ex-Turkish general

Actually, it was not necessary to be a retired director of the General Staff Intelligence Department to say that Gülen was working for the state’s interests. Numerous articles and book have been published revealing that the initiative making Gülen to found anti-communist organizations crosses transatlantic, that this evil organization has been hand in hand with other organizations defending the fusty order in Turkey, and that all of these have been in relation with employer organizations and international monopolies.

In the year after the Soviet Union’s disintegration, Fethullahists had their hands in almost all regional initiatives developed under the guidance of the US and to satisfy the greedy capitalists in Turkey. All of those imam-hatip schools were not to train imams. The work in Turkey was pretty much done, so it was the other countries’ turn.

Each and every political power in Turkey was aware of the mission of Gülen and the extent of the mechanisms used by these missions. They called this “preserving national interests”. Fethullah Gülen was one of the best examples before the AKP showing that Islamism and marketization, Islamism and Americanism, could be compatible.

Nobody used anybody; everybody was in service of capital; Gülenists had been one of the safeguards of the close cooperation between the US and Turkey in times of increasing international competition and conflicts. And yes, this was also state policy.

We can summarize as follows: those who side with the existing order, who comply with or serve to the interests of big capitalists and international monopolies were in cooperation with Gülen. The only ones who stayed outside of this game were those who were openly against the system of expropriation.

The US and the European Union started to become unsettled inside when the period with deep global competition and conflict came. Inconsistent moves of the AKP and its ambitious moves in times of this competitive arena overshadowed the emotive harmony between the US government and Erdoğan. Thus, Gülen has been given a new mission: Isolating Erdoğan. This was thought to be easy because the game has no inside and outside; Gülenists were everywhere and with everyone. When the state had been reorganized by Ergenekon and Sledgehammer [Balyoz] trials, all the operations were executed by Gülenists and signed by the AKP.

In this picture, it would be easy to isolate Erdoğan both in the AKP and in bureaucracy.

It did not work. This is generally attributed to Gülen’s arrogance of power or Erdoğan’s ambition. These could be true, but we have to focus on the intensity of international competition. There were, and still are, more than one strong country that does not want to give a more sterilized Turkey as a gift to the US.

In the end, the interventions of Gülenists after failing at isolating Erdoğan have become further-reaching that ended in the military coup attempt. However, their aim including the aim in the bloody coup has always been the same: Isolating Erdoğan. Because they are extremely happy with the AKP.

And here, too, there is no outside or inside of the game. You cannot make a separation. Sometimes tens and sometimes hundreds of new arrests are happening. Fethullahists are being caught!

Fethullahists are getting caught but on the other side, Gülenists are being promoted to critical positions. This is actually not surprising, because the government willing to fix the relationship with the US and EU knows that this will need Gülenist cadres after a certain point.

Today, the accusations and investigations over FETÖ do not mean anything else than the message “do not dare searching an alternative to me” sent to the US and EU.

However, there is no need for "external forces" to be against Erdoğan and the AKP! If the capitalist front and the AKP government primarily should look into itself and its closest circle to see corruption and plot. It is impossible for the society not to grow reaction or anger against today’s government; it is Turkey. The system also created FETÖ in order to achieve this impossibility. Now they are wandering around.

But, Turkey does not take a joke anymore.

Because, behind this joke, there is the thesis that “Fethullah Gülen served to this country until 2013 and then he became a traitor”. They started to express this thesis more openly. The claim that people became traitors after a while is to legitimize NATOism, marketization, and anti-communism in Turkey. The most you can say about Gülen is that he betrayed the government. But Gülenists did not betray the people, they were always the enemy of the people.