What does Turkey’s right-wing celebrate on Republic Day?

GS of the Communist Party of Turkey (TKP), Kemal Okuyan, comments on the Republic Day of Turkey, October 29, and the historical and current relationship of Turkey's right-wing with the Republic 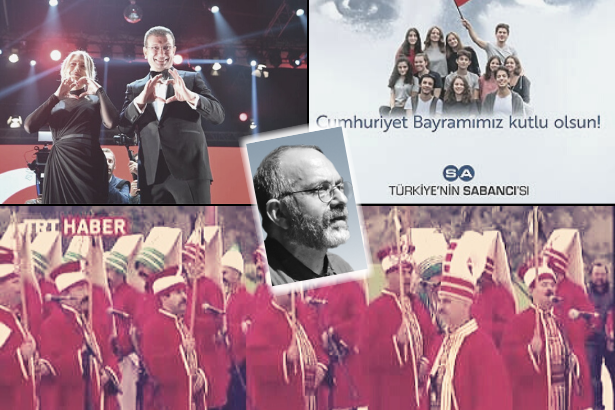 Turkey's right-wing has never been comfortable with the Republic. Part of it seemed to have been forced to accept.

This is a general rule. Even though the material base of the revolutions is weakened, the ideological effects and even their intangible positions may continue to persist.

Revolutions take their legitimacy from themselves!

Turkey's right-wing could not accept the Republic not only because it is anti-revolutionary itself but also because it has failed to find anything of itself in the revolutionary process that led to the establishment of the Republic of Turkey. They had to search for references in the Ottoman Empire.

What else would they do? Would they mention the Kemalist-Bolshevik cooperation in the heart of the Cold War and beautify the struggle against the imperialist occupation under the flag of NATO? Those who have no historical references cannot exist politically. Turkey's right-wing is condemned to the Ottoman years.

The ruling AKP realized the great dream of the right-wing. A significant part of the values belonging to the foundation of the Republic of Turkey has already been eroded and even eliminated. However, when AKP struck the fatal blow to the most critical point, to secularism, Turkey's reactionary accumulation took its historical revenge.

It's the known part of the story I have told so far. The offender is known.

What about instigators? The accomplices? Aren't we going to talk about them?

The brightest era of the bourgeois revolution in Turkey, which is the most advanced period between 1919 and 1923, has clearly irritating elements for the capitalist class that usurped the Republic for their class interests. Not only in Turkey, monopolies in all countries, as a rule, have tried to destroy whatever is remaining from the bourgeois revolution and they have been successful to a great extent. Capitalism cannot tolerate anything progressive; we are talking about a social system that destroys, consumes and refutes. However, we should not forget that Turkey's bourgeoisie began to see elements that threaten its dominance in the War of Independence. The most crucial one was the idea of “Revolution" itself.

There was a class-based mind behind the attempts of the right-wing to take revenge from the Republic. Now, this class is spreading commercials of Atatürk behind the Republic.

They had the right, they succeeded!

The instigators are the rich bosses.

The accomplices are countless.

Those who think that objecting to the idea that the foundation of the Republic was historical progress is Marxism...

You now have some sort of “celebration”, either with the “Palace” or against the “Palace”!

You are going to be buried under your success.

The life will go on and the Republic will certainly be reestablished by the will of the working people.