What does the political strategy shift in Turkey amount to?

SoL columnist and TKP CC member Erhan Nalçacı writes on the change of the political strategy in Turkey within the AKP government in 17 years, evaluating the reasons and consequences of this change 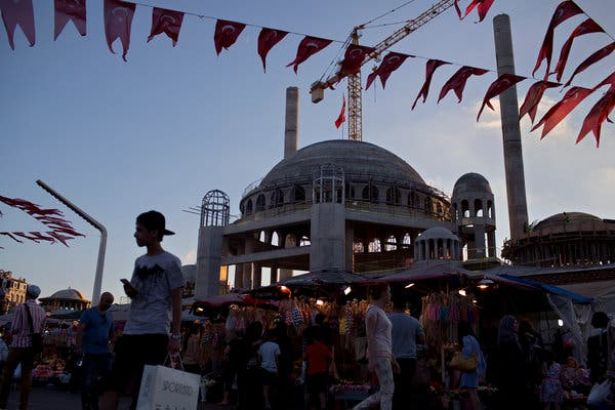 There is a wave rising right after the municipal elections. Everyone is quite wary of avoiding a political crisis. While no one can mention of an early election, everyone is speaking of a constitutional amendment.

That is to strengthen the separation of powers, to increase the parliamentary authority, to ensure the freedom of the press, etc.

As if the capitalist class of Turkey has a secret love for freedom at heart!

However, a period of accumulation of capital and the policy that governs it have come to a deadlock again. The pursuit of a new strategy and the need for a rebuilding of the policy roots in this bottleneck.

What did the essence depend on, of the 17-year-period of accumulation of capital governed by AKP?

Above all, AKP governed the biggest transfer of properties ever witnessed in Turkey. Economic substances that once belonged to the public, in other words to all the society, were transferred to the capitalist class.

Secondly, the organization of the working classes was dissolved to the scale that they cannot resist this transfer of possessions anymore.

As the natural outcome of the two above, Turkey has become a country that represents a very high exploitation level.

Is there a challenge against these, from the parties that are part of the big consensus?

Contrarily, it is their duty to protect these acquisitions of theirs. You will never hear expressions like nationalization or support for organization of labor from Babacan, Davutoğlu (ex-prominent AKP politicians currently implying a new conservative party) or from spokespersons of (main opposition) CHP, Iyi Party (the ultra-nationalist party in opposition), SP (an Islamist party in opposition) or HDP (pro-Kurdish party) even by accident.

But where exactly the capitalist accumulation model has come to a deadlock?

Throughout 17 years passed, the set off exploitation paradise has attracted direct capital investments. Hot money flow was benefited from to be indebted on and to avert the current deficit.

The strategy changed radically. Turkey, that previously could only send soldiers to UN Peacekeeping Forces, started establishing military bases abroad, concluding bilateral military agreements, and transferring weapons and armed gangs between countries. It has become the duty of the state to watch over the business, where the capital invests abroad.

For pretending to become a regional power, Turkey relied first upon the “Congregation” (the 2016 coup attempting Islamist group namely Gulen network) which once all the system’s actors adored, and then to Muslim Brotherhood. Recently we have reminded that the 2012 congress of AKP had been like a Muslim Brothers Congress. The religionist ideology was not only used to bind the laborers to the system but also was schemed as an alliance system for the capital to expand abroad.

This attempt required a balanced policy between the imperialist blocs. Today, the strategy that crystalizes in S-400 missile systems projects this tendency.

As the balance changes in the world, this strategy seems to collapse. Financial hardship and the debt being not avertible increase the dependency to the western imperialism.

On the other hand, the collapse is observed on all fronts.

The other day, it was published on the press that Turkey’s attempt to conduct agriculture in vast lands had come to an end with the dissolution of the 30-year Muslim Brotherhood government in Sudan.

The no-fly zone imposed against Turkey in the civil war in Libya after the knocking off of the UAV which was produced in Turkey indicated that the final is near. The high ranking officers taken into custody in Libya clearly depicted what sort of a veiled affinity Turkey has with the government which the Muslim Brothers is part of.

We have already touched upon before how desperate the agreements of the Republic of Cyprus with western monopolies and imperialist states in the Eastern Mediterranean have rendered Turkey.

What about in Syria? The Muslim Brotherhood has been wiped out substantially. Turkey has been stuck in Idlib as the protector of jihadist gangs. It cannot canalize its expansionism through Syria, since waiting ahead is Russia. It cannot expand through the Kurdish region, because there stands the USA.

This new coalition, or the big consensus, is acting to surpass this deadlock on behalf of the capitalist class.

Less assertive capitalism and a more obedient international policy before the western imperialism...

-That does not attempt to probe in East Mediterranean but receives a commission from the transportation of the drilled gas through Turkey by the foreign monopolies,
-That tries to make investment in the Kurdish region in Syria,
-That defects to the other camp in Libya and Sudan…

What they call an emancipatory constitution and the initiative stand for nothing else.

Besides, don’t be deceived that this initiative is aiming for a Turkey giving way to a more shrinking violet. If anything, it has the potential to result with awful consequences as the AKP period and to drag the working people of Turkey to disasters on the trail of imperialism.

Yet, everything comes with its contrast. We are investing in this contrast that belongs to the working classes. And we are seeking for our inspiration right here.