We need a world free from wars and exploitation: Peace Committee of Turkey

The Peace Committee of Turkey released a statement on September 1, the International Peace Day, noting that humanity is very far from peace amid the inner contradictions of the imperialist system. 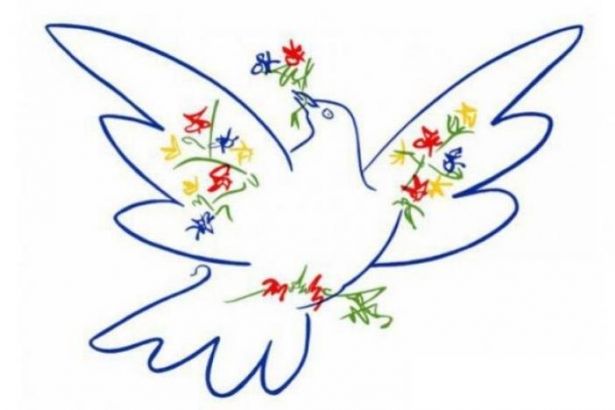 The Peace Committee of Turkey issued a statement on the International Peace Day. "The need for an order, in which some people are not exploited by others, in which nature is not exploited and natural resources are used for the good of all mankind, have become extremely vital. For peace, mankind needs socialism," the statement underlines.

As capitalism reigns in a greater part of the world, the concept of peace is getting even more important. As we celebrate the International Peace Day, humanity is very far away from peace. Tensions between countries are affecting the peoples, along with the new dynamics created by the Covid-19 pandemic.

The crisis of hegemony that imperialism is going through, is causing the USA to have difficulties in continuing its traditional position as the dominant power. Thus, it needs to reshape its aggressive character. Powers like Germany, who have allied with the USA for decades, are creating their own autonomous spheres.

Other countries, which are placed in the lower echelons of the hierarchy of imperialism, benefiting from the contradictions of imperialism, are trying to create these autonomous spheres for themselves; and to a certain extent, they succeed in doing so. On the other hand, despite the inner contradictions, the Western imperialism is continuing to be an important power, thanks to its military organisation, NATO, and to threaten global peace. On the opposite side, China and Russia are gaining strength as principal opponents.

As usual, The Middle East is the foremost region bearing high tensions. Stability is still not reached for the peoples of Syria, Yemen and Libya. Intervention of numerous foreign powers are making this goal even more difficult. Although its implementation seems to be postponed for the moment, Israel's policy of annexation is carying its oppression on the Palestinian people to a new phase. New conflicts arise in regions like the Caucauses and Kashmir.

The atmosphere of conflict generated in the Eastern Mediterranean on the basis of natural resources; disagreements in the Aegean on the law of the seas, which have been reignited after a long hiatus; the Cyprus issue, which remains unresolved for decades, all threaten peace for our country. The situation is getting even more complicated with the intervention of imperialism; and neither Turkey nor the other countries of the region propose solutions that go beyond the reach of imperialist monopolies.

Thus the situation has become threatening for the peoples and no initiatives are on the table, from which the peoples can benefit from. It is obvious that with the current approaches, the problems cannot be resolved. The situation is similar for the Kurdish issue, which has already become an external problem for Turkey as well as being an internal problem.

Another important result of the inner contradictions of the imperialist system is visible with the arms race. As the global market for arms is expanding, the outer space is becoming another dimension for armaments. New technologies like the hypersonic weapons are being developed.

Along with international conflicts, class contradictions in the capitalist countries are deepening. The attacks on the workers' rights, and the resulting poverty have become unbearable. The millions who took to the streets in the USA, after George Floyd was murdered by the police, along with racism, which is one of the inevitable outcomes of capitalism, have also reacted against deepening class contradictions. And so, the world is reminded once more of the simple truth: peace cannot be reached without achieving social justice.

The Covid-19 pandemic has laid bare the fact that the majority of the world is quite far away from social justice. Yes, the virus can infect anyone; but the poor can reach healthcare with much more difficulty as the capitalist class can do so much more easily. Those who can lock themselves down at home; but workers have to work and be present in risky environments.

In another dimension of this dark picture, throughout the world as well as in our country, cities, forests, seas, all natural resources are being opened to exploitation, against the will of the people.

In this environment, where we are moving away from peace, it becomes more obvious in every instance that unless the order of exploitation is annihilated, it is impossible to reach social justice, to reach real and lasting peace. The need for an order, in which some people are not exploited by others, in which nature is not exploited and natural resources are used for the good of all mankind, have become extremely vital. For peace, mankind needs socialism.