“We could not establish our ideological rule yet:” Turkey’s Erdoğan

Turkey's President and chair of the ruling AKP, Recep Tayyip Erdoğan, stated that AKP still could not root its ideological agenda in the country and proposed an extensive education reform. 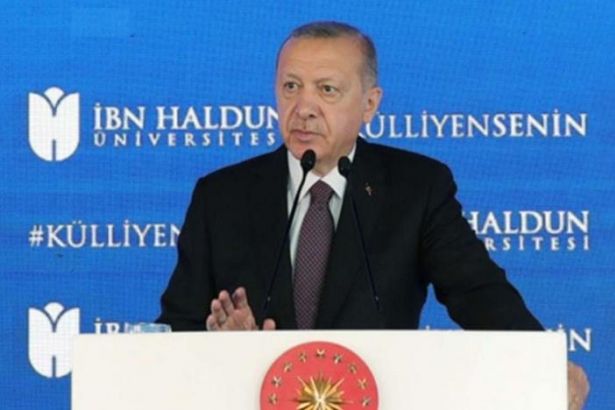 Erdoğan underlined the need to settle an ideological hegemony but their 18-year rule failed to make expected progress in the field of education and culture. “Our children receive education, but we do not have enough educated human power to make all of us confident. We are raising a young population but we cannot properly implement our civilization vision. Our media has the modern infrastructure but does not reflect our voice and minds,” he said.

“We are facing similar difficulties in the fields of science, arts and culture. We fail to explain ourselves to the world on even the issues we are most rightful about. That’s why I am of the opinion that we could not establish our ideological rule yet and I am sad about that,” Erdoğan added.

Criticizing that the education system of Turkey was based on teaching only the material without the necessary moral education, “In the coming period, it’s imperative for us to educate our children properly starting from the family and throughout their education life. This requires a comprehensive education reform and not a routine curriculum change. This should constitute the main theme of the 2053 vision of Turkey,” he said.

Stating that imitating others will not help any nation to surpass the actual level of civilization in the world, Erdoğan said that what Turkey needs to adopt is a progressive mindset taking cues from traditions.

Describing the current situation as a “blind imitation of the West,” Erdoğan remarks that “Particularly because of the media, the influence of the traditional teaching and education, including the family, has weakened. The gap created in the minds and hearts of our children has been filled with Western-rooted popular culture items or with the delirium of deviant waves. Turkey has to reform its education starting from pre-school to higher education in a bid to overcome the problems stemming from a decades-old understanding of importing the Western system and its culture.”

The ruling AKP has already been trying to impose the Islamization of Turkey’s educational system since the beginning of its rule. In line with this purpose, the Ministry of National Education had significantly loosened the conditions for the foundation of Islamic imam-hatip schools, while restraining the percentage of students in science high schools within the national education system.

However, Islamic Imam Hatip schools had long been a matter of debate as their numbers constantly increased, excessing beyond the personnel requirement, during the AKP government.

Moreover, education investments have been gradually decreased in the country. Educational programs lack quality due to the ill-planned and unsystematic readjustments. Although reactionary forces have already been dominating the public schools, AKP’s reactionist moves in education seem to continue.