A water pipe explosion in a hydroelectric power plant in Turkey's Black Sea province of Trabzon caused floods in the area and killed at least 4 people, 6 went missing 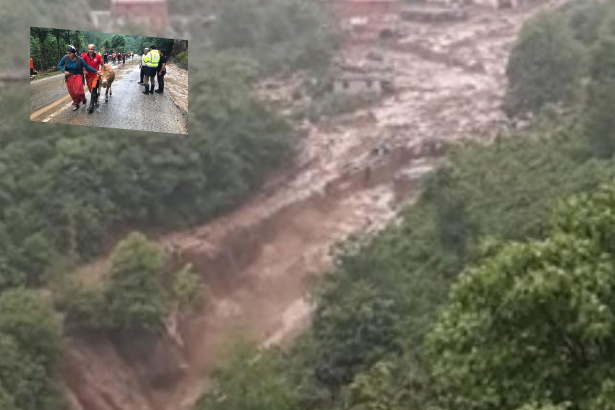 After the explosion of a water pipe in Araklı district of Trabzon, 3 people died and 7 people are still missing. 4 others were injured, according to the sources.

Four houses and a workplace in the town of Araklı were destroyed; the driver of a municipal truck rolling down into the creek was reportedly recovered injured.

Schools, shops and houses in Çamlıktepe neighborhood were flooded. While it was stated that there might be people trapped under the demolished houses, military helicopters were requested for the rescue teams to reach the region.

Governor Ustaoğlu denied the allegations that the floods and landslides in the region are caused by the hydroelectric power plants.

Bekir Pakdemirli, the Minister of Agriculture and Forestry, made a statement saying "Well, we have warned about the flood and landslides at about noon; ultimately this is an act of God. You cannot know what will happen".

Four bridges collapsed and hundreds of people remained struck at homes and cars due to the flood on August last year in another Black Sea province, Ordu. The Union of Chambers of Turkish Engineers and Architects (TMMOB) made a statement regarding the flash floods.

The engineers indicated to profit-oriented urbanization policies as the real reason for such disasters. Stating that people witness similar problems in the same seasons of the year in the East Black Sea Region, the TMMOB administration said that the destruction of residents around the coastal road did not stem from natural conditions but pro-market urban projects in the region.

Following the privatisation steps in the energy sector since the ruling AKP government came to power in 2002, hydroelectric power plant investments and all other electric production and distribution services were privatised in Turkey.