'Water and conscience watch' for Kaz Mountains starting in Toronto

A meeting will be held on Tuesday in support of the Water and Conscience Watch in front of the Canadian office of Alamos Gold, the Canadian company responsible for the environmental destruction in the Kaz Mountains 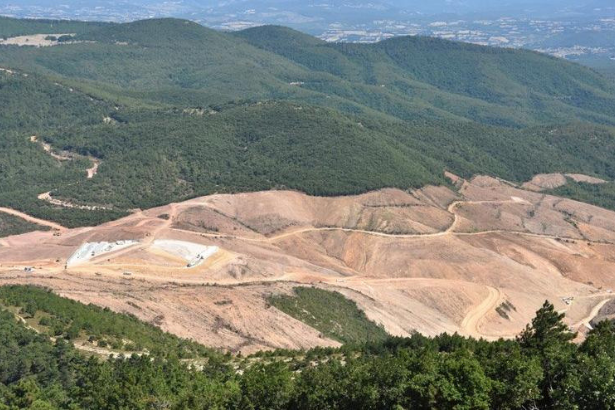 After the march in Montreal to support the resistance against the environmental destruction in Turkey's Kaz Mountains, another meeting is organized in Toronto. Canadian and Turkish citizens came together and formed the Canadian Turkish Kaz Mountains Solidarity Canada - Toronto. The solidarity network called to protest the ongoing plundering in front of the headquartes of Alamos Gold in Toronto.

The statement said that the destruction in the Kaz Mountains is not limited to this region alone. Noting that Canada-based companies represent 75 percent of the world's mining, the network said: “These companies are plundering the natural resources of the countries in many corners of the world in cooperation with local governments. In doing so, they benefit from low labor costs and legal gaps in these areas. At the same time, they commit crimes against the peoples of the region and especially against the indigenous peoples who are trying to protect their traditional land."

Releasing a call with the slogan "Nature over Profit", the network called people to fight together for the future.

"We are a concerned community of Turkish and Canadian citizens protesting the outrageous ecocide at Mount Ida in Turkey by the Canadian Company Alamos Gold, Inc. We are inviting you all to join us in solidarity at our Water and Conscience Watch, beginning on August 20, 2019 at 16:00 in front of Alamos Gold's headquarters in Toronto," the call said. 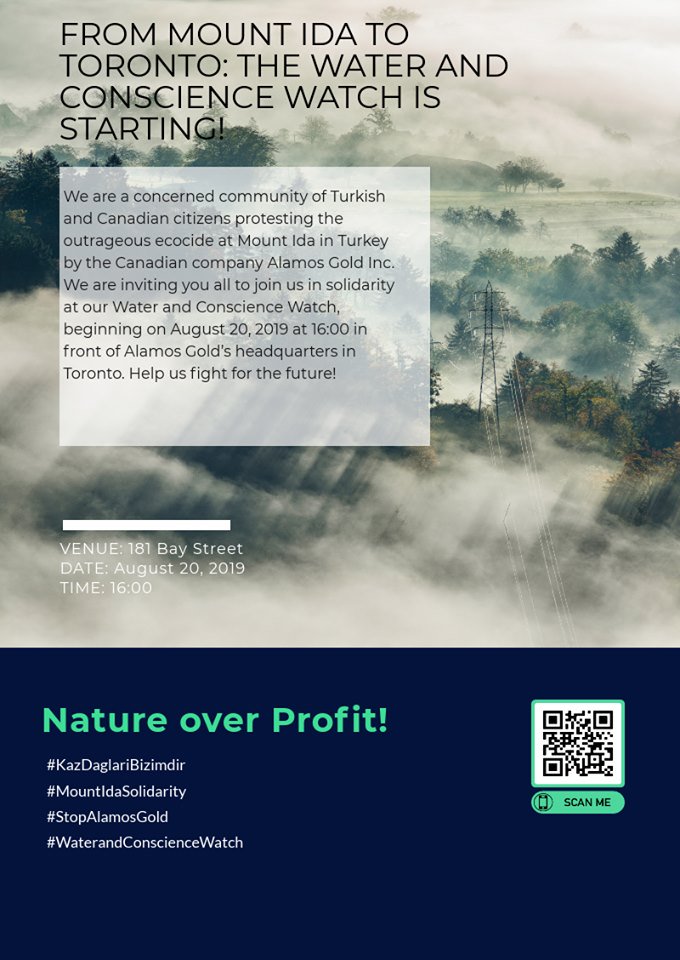 In Montreal, Canada, Turkish immigrants, progressive parties, organizations and friends came together at a march last week, supporting and showing solidarity with the ongoing struggle in Turkey for Kaz mountains. 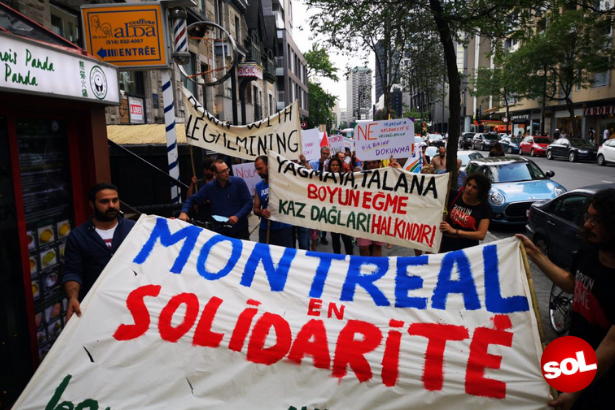