Voice of TKP is launched: "Hear this voice!" 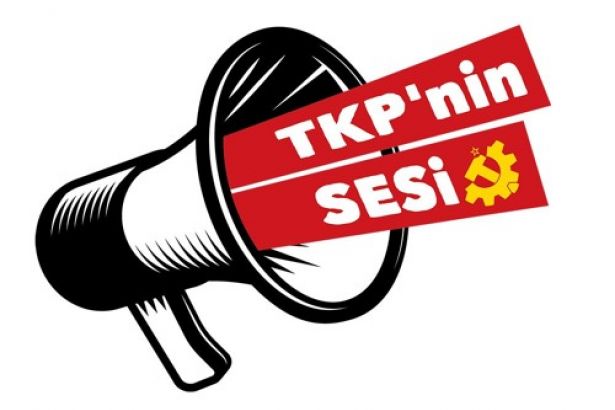 Communist Party of Turkey (TKP) has launched a Turkish audio broadcast/podcast. The podcasts aim to reach a wider audience in Turkey and are planned to be continued on a daily basis starting from the fall.

The new audio broadcasts will be one of the mediums to address the working people of Turkey and to call for organizing. The introductory podcast published on Monday evaluates Turkey's three main problems and calls on working people to organize against these problems.

In the podcast, TKP introduces three main problems, that are interconnected and intertwined, in today's agenda of Turkey. One of them is religious reactionism, in which the political arena has become the field of competition between religious sects.

The second problem defined is imperialism. "NATO, the US bases, the European Union accession process is at odds with anyone except the capitalist class in Turkey. As long as it stays a NATO country, continues the close relationship with the EU and there are foreign military bases in the country, Turkey cannot be an independent and free country. The industry, agriculture and culture of such a country are under threat," it is stated in the podcast.

The third and most important problem in Turkey, according to the program, is the capitalist order. Capitalist order means the seizure of the country's basic resources, namely its factories, large agricultural lands, underground and aboveground resources by the big capitalists who constitute a small portion of the population.

"Bigotry, NATO, exploitation is not destiny and another country is possible", the podcast finally stated. "TKP is calling for you, hear this voice."