Five agricultural workers were killed and seven injured after a van carrying the workers crashes in Turkey's Mersin. TKP Mersin Provincial Organization issued a statement regarding the occupational murder 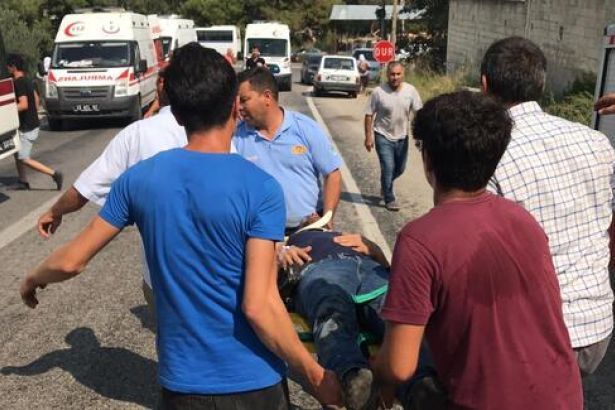 Communist Party of Turkey (TKP) Mersin Provincial Organization issued a statement regarding the killing of five workers. TKP stated that this is not called an accident but murder.

"Five agricultural workers have been killed in the 'accident'. Workers were being carried with the peaches that they had collected in the truck's vault, ignoring their lives. In the news, we read "accident," but it's not an accident, it's murder," TKP said.

"Children, women and men, who are trying to earn their bread, have to work under the minimum wage and without any social security and they are doomed to die as long as this corrupt order continues. In a world where workers are unorganized, workers' deaths are normalized."

"We have no choice but to organize", the statement emphasized.