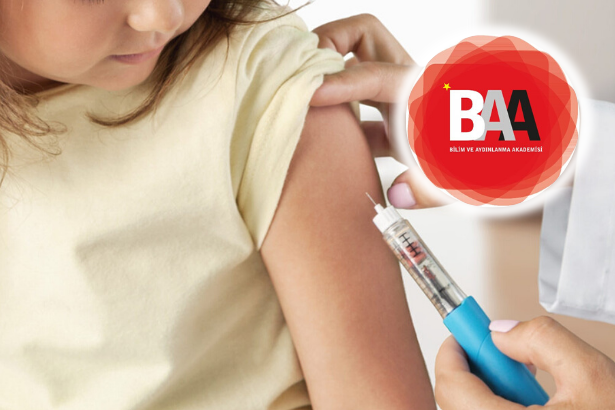 Founded with the initiative of the Communist Party of Turkey (TKP), the Academy underlines that vaccination is an important protective healthcare service, adding "vaccination does not only protect the individuals but also the society and those who are not vaccinated."

The Academy shares some figures, stating that the vaccine coverage among infants (12-23 months) in Turkey has decreased to 66.9 percent, to 49.6 among children (24-35 months). It is reported that these figures are lower than that of the year of 2013, underlining that the current rates are below the required levels in terms of social immunization.

The Academy's statement notes that vaccination is preventive against such many diseases as smallpox, polio, measles, rubella, mumps, whooping cough, diphtheria, tetanus, and chickenpox. According to the report, thanks to vaccination, the mortality rate due to measles decreased by 83 percent and by 79 percent in tetanus-related deaths between 2000 and 2015.

The Academy shares some demographic statistics from 2018, showing that the vaccination rates have decreased in Turkey in comparison to the rates of 2013, posing a threat to the individuals and the social immunization.

The report underlines that the rates of vaccination for social immunization to prevent epidemics are below the required levels. Accordingly, the rate of measles vaccine is lower in Turkey's rural areas, particularly in southern, northern and eastern parts while the general trend of vaccination for other diseases is lower across the country.

The Academy points out to the AKP government's pro-market policies as the basic reason of the undermined preventive healthcare services in favor of medicine monopolies and privatized hospitals and medical facilities.

The Academy concludes that Turkey needs a socialist healthcare system for free public services against capitalistic implementations in order to enable vaccination coverage among the whole society.