Mike Pompeo, the U.S. Secretary of State, said that Turkish President Recep Tayyip Erdoğan reassured Donald Trump of protecting their allies in Syria after the planned U.S. withdrawal of troops from Syria 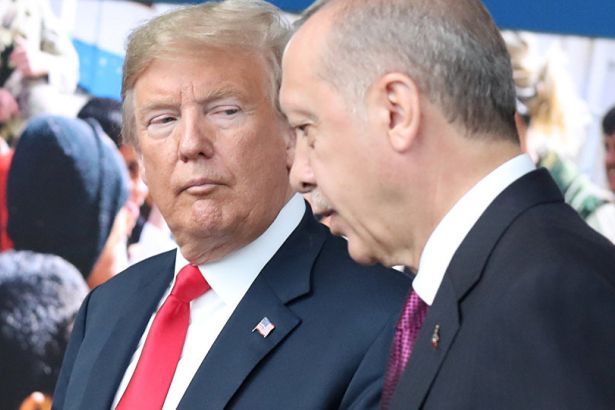 The U.S. Secretary of State Mike Pompeo on Monday told about the withdrawal plan of the U.S. troops from Syria before his visit to the Mideast.

In response to the question whether Turkish army would attack the Kurdish forces supported by the U.S. in Syria, Pompeo told CNBC "Erdoğan made a commitment to President Trump ... that the Turks would continue to the counter ISIS campaign after our departure, and that the Turks would ensure that the folks that we'd fought with — that assisted us in the counter ISIS campaign — would be protected."

Turkish President Recep Tayyip Erdoğan guaranteed that Turkey would provide an environment for protecting the Kurdish forces in Syria after the withdrawal of American troops, Mike Pompeo also noted.

Pompeo underlined that the plan to withdraw the U.S. troops from Syria would not change the mission of destroying Islamic State terrorist organization and stopping the Iranian penetration into the region.

Stating that the withdrawal from Syria is a “change of tactics”, Pompeo told that this plan does not change the U.S. commitment “to the defeat of the caliphate or of ISIS globally.”

“There’s no change in our counter-Iran strategy”, the U.S. Secretary of State also added.

On Sunday, January 6, John Bolton, the National Security Advisor of the White House, had said the planned U.S. withdrawal would be contingent upon reaching a strong agreement with Turkey that protects Kurdish forces in Syria who have been crucial to fighting against ISIS for the U.S.

Turkish President Recep Tayyip Erdogan has also commented on John Bolton’s call for the Turkish government not to conduct military operations in Syria without an agreement with the United States.

Turkish President has criticized Bolton’s statements, underlining that he made a “serious mistake”, and that Turkey would never reach an agreement with the Kurdish People’s Protection Units (YPG) on any issue.

Meanwhile, İbrahim Kalın, the Spokesperson of the Turkish President, and John Bolton held a meeting in Ankara on January 8.

Denying the U.S. Secretary of State Mike Pompeo’s statements regarding ‘‘Erdoğan’s guarantee to protect the Kurdish allies in Syria’’, Kalın said, ‘‘Such a guarantee is not even a matter of discussion. Nobody should expect Turkey to give guarantee for a terrorist organization.’’