US proposes sale of Patriot missile system to Turkey

The Pentagon said that the U.S. State Department had approved a possible $3.5 billion sale of Patriot air and missile defence systems to NATO-ally Turkey, after notifying Congress of the certification 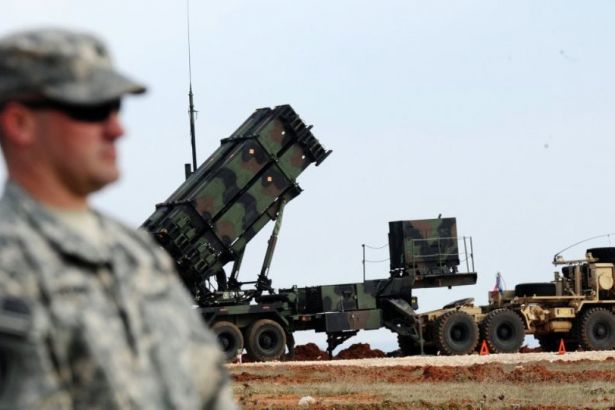 The State Department says the US has proposed the sale of a $3.5 billion Patriot missile system to Turkey.

The State Department said it had informed Congress of plans to sell Turkey a Patriot package that includes 80 Patriot missiles, and 60 PAC-3 missile interceptors and related equipment.

"The proposed sale will increase the defensive capabilities of the Turkey military to guard against hostile aggression and shield NATO allies who might train and operate within Turkey's borders. Turkey should have no difficulty absorbing this system into its armed forces," said the US Defense Security Cooperation Agency.

The announcement comes hours after US President Donald Trump said that his country had defeated the Islamic State group in neighboring Syria -- leading to the withdrawal of US troops, which had seen as a disincentive factor for Ankara's campaign against Syrian Kurdish militants.

In December 2017, Russia and Turkey signed a loan agreement for supplying S-400 air defense systems to Ankara. US officials repeatedly said that Washington was seeking to discourage Turkey from contacts with the Russian defense sector, which is a target of US sanctions. In July 2018, The U.S. State Department said it was working with Turkey on the possible sale of Patriot missile system to avert its purchase of S-400s.

The Kremlin said on Wednesday Russia was pressing ahead with a contract to deliver advanced S-400 missile air defence systems.

Speaking to reporters on a conference call, Kremlin spokesman Dmitry Peskov said that the Russian and US transactions should be seen as separate from each other, and that Russia was in the process of fulfilling the terms of the deal to supply Ankara with S-400s.

"These are not connected processes. In this case, we are fulfilling agreements that we have with our Turkish colleagues. You know that the contract is being fulfilled. This will be continued," Peskov said.