US labeled IRGC as terrorists, how about US army?

Erhan Nalçacı, SoL columnist and central committee member of the Communist Party of Turkey (TKP), writes on the recent move of the US that labeled the Iran forces as terrorists and asks the question what label the US army deserves 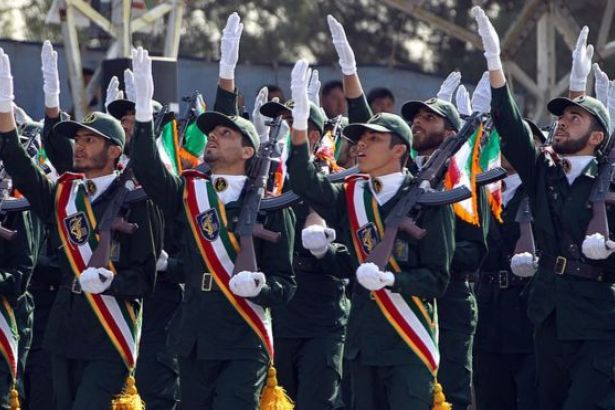 The United States has taken another step in order to destabilize the New Silk Road, which begins from China and ends in the Middle East and the Mediterranean, and has included the Iran Revolutionary Guard to the list of terrorist organizations.

This step means that the US can kill, kidnap and torture members of these organizations without prior warning and keep them in prison without trial for years as it does in Guantanamo prison. On the other hand, international financial transactions which used to be a service of all the governments to their capitalist classes turned into an open US tyranny. The list of terror obstructs trade and money transfer of an organization included in the list and imposes financial sanctions on the parties which have relationships with these organizations.

While the working class was starting to be formed, there were organizations based on small proprietor ideology which aimed to change the bourgeoisie establishment using terrorist tactics. They used to think that the establishment would collapse if they conducted enough assassinations, bombings and sabotages.

As Marxism was tested and became the dominant current, especially after the October Revolution, many of the leftist terror groups withdrew from the political arena. Nowadays, these methods are mostly applied by Islamic organizations under the guidance of imperialism.

However, the terrorist stamp contributed to the interests of the states within the imperialist system. Every country has its own terrorist list. They have included all kinds of organizations with armed wings. Also, they have used these lists to isolate any organization politically and ideologically. Including an organization to the list, provided the states with an advantage to behave illegally. This helped in order to mask the essence of the incident under a curtain of fear.

For Example, the cult of Islamic Cleric Fethullah Gülen is included in the list of terrorist organizations in Turkey. This cult was a piece of NATO inventory during the years of Cold War, however, after the dissolution of the Soviet Union, this cult has been organized as a fifth column activity of United States within Turkey and the World. The cult acted as a capital group; however, they were recruiting and raising young minds as agents of the US under this disguise. This feature of the organization was commonly known and supported by the politicians of the bourgeoisie establishment.

However, tensions started as the capitalist class of Turkey saw its interest in taking a pragmatic and compromising position within the imperialist competition environment instead of embedding to US imperialism unconditionally. In the end, the cult was dragged by the US to stage a coup in Turkey. The center of the cult was acting as US intelligence under the cover of reactionary service discourse. But nowadays, the government tries to remove all the collaborations they had with the cult before the coup from the memories of the people and manipulate the existence aim of the cult by declaring it “terrorist.”

Regarding the Iran Revolutionary Guards, we know that they have been established during the reconstruction of the government after the Islamists seized power in 1978 and they are the most significant striking power of the Iran Army loyal directly to the religious leader. At the same time, they act as a significant tool for the Iran capitalist class and against the left and the working class and also they represent a significant economic power.

Iran’s military solidarity and its organic bonds with the Shia organizations in the Middle East is not a secret. They may have used some terror tactics in the past, however, this does not make them a “terrorist” organization.

In reaction to the step taken by the US, Iran declared the personnel of the US army based in the Middle East as terrorists. This was more of a diplomatic response, however, it made the Middle East environment open to provocations which may result in turning low-intensity conflicts in the area into wars.

So, is the US army terrorist?

It is said that the US army caused thousands of civilian deaths during their operations in Iraq and Syria in the last few years. Probably this is due to their racism and their mindset which considers the lives of the people in the region are worthless. Of course, while we say this, we keep in mind that imperialism and these operations never had a legitimate ground.

The US army deserves to be defined as a terrorist organization in many ways.

When international law begins to be written by the toiling masses, all the definitions will fit the terms.