US forces on Sunday patrolled an area in northeastern Syria bordering Turkey after renewed tensions between Ankara and Syrian Kurdish militants, SDF says 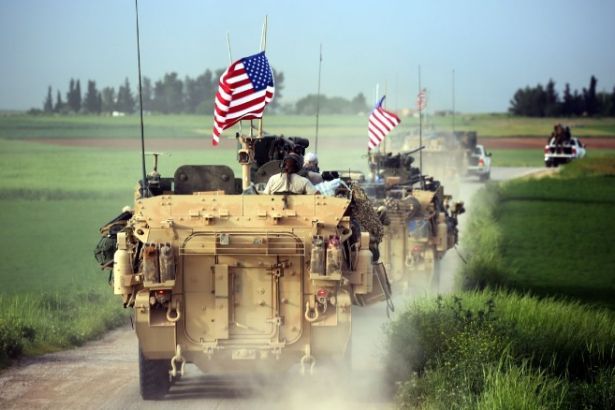 Syrian Kurdish-led forces said on Friday that U.S. troops have started patrolling the Syrian border with Turkey to defuse tensions after threats from Ankara. In response to questions from Reuters, a spokesman for the U.S.-led coalition said it carries out regular military visits in the region and had not increased patrols.

Turkish forces have shelled positions this week in northern Syria under the control of the Syrian Democratic Forces (SDF), which Washington trains and arms. The SDF alliance, which the Kurdish YPG militants spearheads, returned fire and pledged to respond to any more attacks.

Ankara has repeatedly warned it would launch a cross-border offensive east of the Euphrates River in Syria if the U.S. military does not ensure the YPG's withdrawal.

President Tayyip Erdoğan on Tuesday vowed to crush YPG militants east of the Euphrates, where some 2,000 U.S. forces stand alongside the SDF.

The SDF put out a video it said showed military vehicles driving along a road in the border town of Kobani. Spokesman Kino Gabriel said new border patrols by U.S. and allied forces sought to ward off any more Turkish attacks.

"The situation is still tense, nothing is clear," he told Reuters. "We will wait and see the result of negotiations and pressure by the Americans on the Turkish government."

Coalition spokesman Sean Ryan said Sunday's patrol was the second in a week, after a first one by US forces on Friday, Agence French Press (AFP) reported.

"The US forces' assurance patrols enable us to maintain safety and security in the region," he said, but are not carried out "on a regular basis".

US in touch with Turkey, SDF regarding Ankara’s planned offensive in Syria - Pentagon