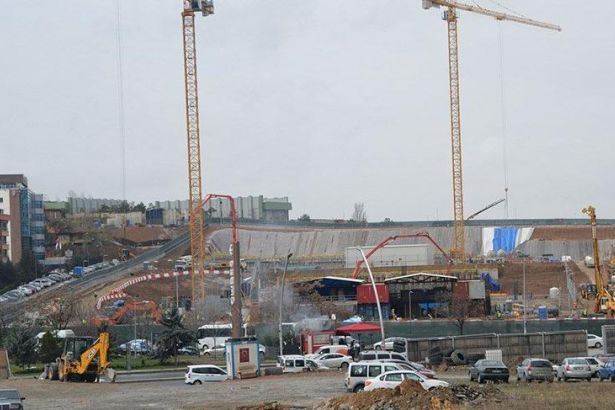 The workers have contacted the network “Breathe Down Bosses’ Neck”, a Communist Party of Turkey-led (TKP) workers’ network of solidarity, communication and struggle against capitalists and profiteers amid the escalating economic crisis around the country.

The construction workers have severally informed the solidarity network about the severe working conditions imposed by BL Harbert International, the US-based construction company that was awarded the contract of the new US embassy in Ankara, which often threatens the workers to dismiss them.

As the workers reject and struggle against the systematic mobbing, the violation of their occupational rights and the arbitrary and unlawful impositions of the contractor company, they note that they have been exposed to “intelligence tests” by the foremen at the construction site. The workers say that they often face insulting behaviors while they are working, adding that the supervisors repeat the IQ tests whenever they fail to give the correct answers.

The construction workers are expected to leave their job without compensations since they cannot continue to work under such harsh exploitative conditions and ongoing mobbing. The new US embassy construction is scheduled to be completed in 2020.