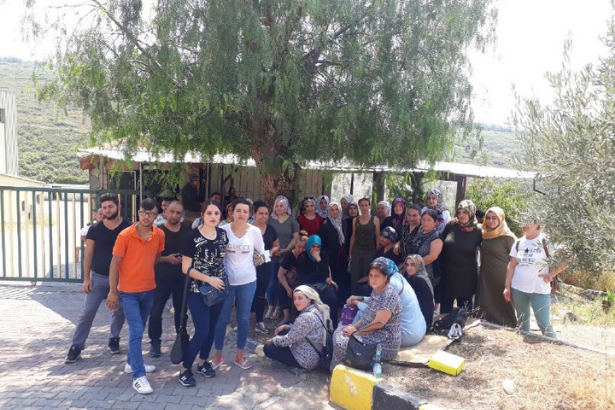 As the workers in İzmir’s Buca district have been in resistance in recent days in front of the factory, the boss urged them to start working on august 20, saying that “they will get their wages if they go back to work”. However, the subcontracted textile workers rejected to start working until they get their unpaid wages.

Talking to soL news, the striker workers said that their unionization process was continuing, adding that they would decisively wait in front of the textile factory until they get their unpaid wages.

One of the workers told soL that he had started working at this factory because he had been told that the working conditions are good and the wages are paid without delay. “But unfortunately, my wages and overtime pays have not been paid for 1.5 months; some friends have not been paid for 70 days. Meanwhile, we have continued to work, yet we have been cheated,” he said.

Talking about the roadmap they will follow in this process, the textile worker said that many of the workers became members of a textile trade union. The unionized workers are determined to continue to resist until they get their wages.