Workers of Tüvtürk Vehicle Inspection Stations in Turkey's Eskişehir, who were dismissed because of being members of a trade union, won the legal case after 240 days of resistance 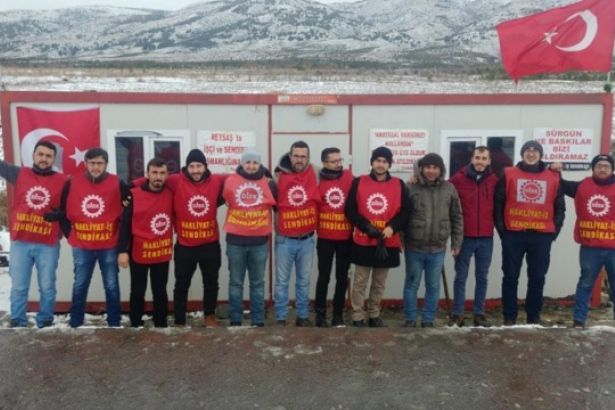 24 workers working in Eskişehir Tüvtürk/Reysaş Vehicle Inspection Station were dismissed on the grounds that they were members of the Nakliyat-İş, transportation workers union affiliated with the Confederation of Progressive Trade Unions of Turkey (DİSK).

The unionized workers began their legal struggle for reemployment after they were dismissed and resisted for 240 days. A court in Eskişehir ruled today 3 workers to be reemployed.

The court decided that the amount of compensation for which the employer was responsible would be determined as the gross annual salary of the claimant worker.

Ali Özçelik, the head of the Eskişehir Anatolian Branch of the Nakliyat-İş told Odatv after the court decision that: “It gives hope when justice has prevailed. The employers can do anything to prevent workers' right to unionize. We are determined, we are right, we expect the reemployment of other friends. Our resistance will continue.”