Warplanes carried out airstrikes on strategic al-Watiya airbase controlled by Turkish-backed and U.N-recognized Government of National Accord in Libya just after Turkey’s Defence Minister Hulusi Akar’s official visit to Tripoli and Misrata, a military source said on Sunday. 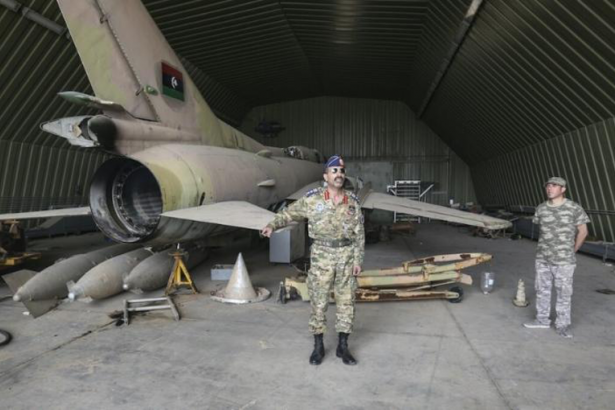 As Ankara has confirmed on Sunday that a strategic al-Watiya airbase under control of Libya’s U.N-recognized Government of National Accord (GNA) militarily supported by the Turkish government was bombed by ‘‘unidentified jets’’ on July 4, the sources claimed the attack a quick response to Turkey’s Defence Minister Hulusi Akar’s official visit to the capital Tripoli and Misrata, which reflected the extent of the Turkish presence in western Libya.

The Libyan media reported that air defence systems deployed in al-Watiya airbase by Turkey have been destroyed in the airstrike. The Libya-based newspaper Al-Mursad claimed that airstrikes targeted Hawk radars and air defence systems and the Coral system to jam the base, quoting an official source in the operations room of the General Khalifa Haftar’s Libyan National Army (LNA) Air Force fighting against the GNA.

The military source, speaking to the newspaper, said that Turkish forces installed the air defence systems on Thursday in the western part of the airbase.

Another high-ranking military officer told Al-Hadath Libya, ‘‘We have been monitoring the arrival and installation of the Turkish Hawk air defence systems with its accessories from radars over the past days.’’

‘‘While he was in Misrata, the Turkish Defence Minister was informed that the Uqba Bin Nafeh base was ready for use, so the LNA decided to destroy it after putting into the service, and the percentage of destruction in the system is 100%,’’ the high-ranking military source underlined.

The newspaper, Al-Hadath Libya, also released a satellite image showing the destruction of the airstrikes at the al-Watiya airbase. 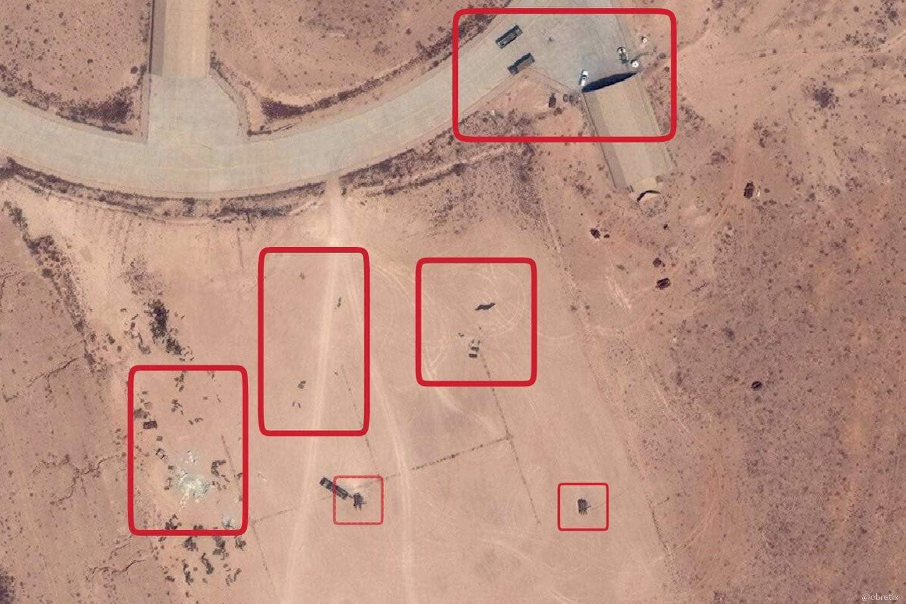 Turkish state-run Anadolu Agency, on the other hand, reported that A Libyan military official loyal to the GNA, speaking on condition of anonymity, has confirmed the attacks targeted equipment inside the airbase, including an air defence system.

Pointing out that some military supplies that were recently provided to increase the air defence capacity of the base have been damaged, the official affirmed no casualties reported in the attacks.

As the Libyan official shared the information that the airbase had been attacked for the first time since May 18, when the GNA forces retook it from the control of the LNA, one of the spokespersons of Operation Volcano of Rage carried out by the GNA against Haftar’s army claimed that he airstrike against al-Watiya airbase was organized by Mirage 2000-9 aircraft of the United Arab Emirates (UAE), which took off from the Sidi al-Barani base in Egypt located in its Libya border.

The Sidi al-Barani base is located approximately 1,200 kilometres from al-Watiya airbase.

TURKISH MoD: ‘AIRSTRIKES HAVE DAMAGED SOME SYSTEMS AT THE AIR BASE’

An official from Turkey’s Ministry of National Defence (MoD) also confirmed that the recent airstrikes carried out by ‘‘unidentified aircraft’’ have damaged some system at al-Watiya airbase.

‘‘This attack shows the persistence of the putschist Haftar and the foreign powers to maintain the instability in Libya. If such interventions in support for the putschist Haftar continue, the atmosphere of instability and conflicts will further grow in the country. Our activities in the region continue to ensure peace and stability,’’ the MoD official noted.

The capture of Al-Watiya airbase in May by the Tripoli-based GNA headed by Fayez al-Sarraj marked the collapse of the LNA’s 14-month assault to seize the capital, forcing the Haftar’s forces to retreat along the coast.

Ankara’s direct military support, including advanced air defence systems and drone strikes that targeted Haftar’s supply lines as well as troops, was crucial to the GNA in turning back the attacks carried out by the LNA.

The Turkish government was in talks with the GNA authorities to establish two bases in Libya, one of them at al-Watiya, the most strategic airbase in western Libya, a Turkish source had stated last month.

Since Libya’s former leader Muammar Qaddafi was killed in 2011 as a result of a NATO intervention, the country has been divided between the powers of the Tripoli-based GNA and the Tobruk-based LNA under the leadership of Khalifa Haftar.

As Ankara supports the GNA headed by Fayez al-Serraj and has sent troops to Libya as part of a military cooperation agreement signed with the Tripoli-based government fighting against the LNA, Haftar’s Tobruk-based government is openly backed by Russia, Egypt, and the UAE.

Turkey’s direct involvement in Libya has also increased tensions between Ankara, Paris and Athens over the concerns about power struggles in the Eastern Mediterranean on energy resources, particularly oil crude and natural gas reserves.

Egypt prepares for military intervention in Libya, as Turkey urges US to play more active role in political talks