The UN reported that numerous plunder and violence reports came from Tarhuna and Alasaba, which were seized by Libya's GNA. 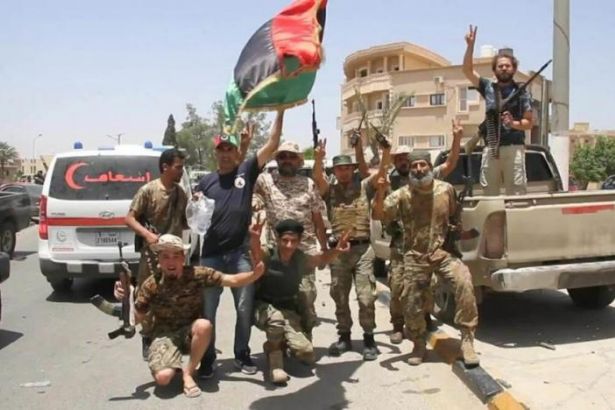 Numerous violence and looting act have been reported from the two regions of Libya in which Libyan Government of National Accord (GNA), which is supported by Turkey's ruling AKP and recognized by the United Nations (UN), has gained control.

Libya Commission of the UN (UNSMIL) has called for an unbiased investigation of looting and violence in Libya.

Last week, GNA has announced that it has captured the city of Tarhuna as well as the Tripoli Airport.

UNSMIL has stated that 16 thousand people were displaced in Tarhuna and South of Tripoli and that they also received reports regarding dead bodies in a hospital in Tarhuna. In the statement, UNSMIL said, “we have received numerous reports regarding looting and destruction of various private and domestic properties in Tarhuna and Alasaba. Some of these acts seem like redistribution and revenge acts which have the potential to deteriorate the social structure of Libya.”

Ministry of Justice of GNA confirmed with an announcement that they found 100 dead bodies in a morgue in Tarhuna.

Ahmed Mismari, a spokesperson for Libya National Army has made statements regarding the ceasefire process.

Mismari, in a live feed of Sky News Arabia, has stated “Our forces have responded to the offensive of militia and mercenaries in Sirte, the south of the country. Mismari also said that “Turkey continues to send arms and mercenaries to Misrata within the protection of MIT [National Intelligence Agency of Turkey] spies. All of the truce initiatives we have announced has been exploited by Turkey and the militia organization in Libya to transport arms and mercenaries. I am not optimistic regarding the truce that will go into effect tomorrow according to statements of Turkey and Ikhwan”.

Mismari also stated that they would retaliate in case the truce is broken by the forces of GNA.