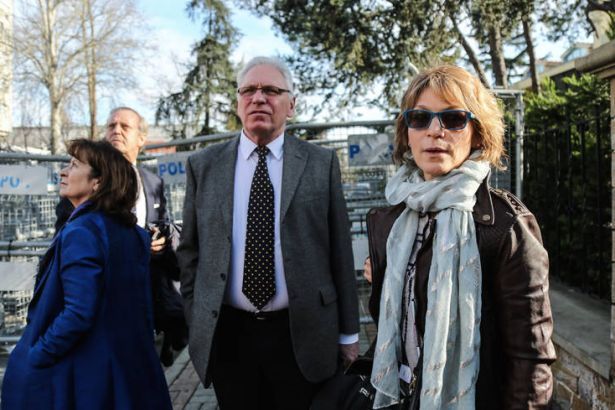 Agnès Callamard, the United Nations special rapporteur on extrajudicial, summary or arbitrary executions, said in Turkey on January 31 that her team was disappointed since they could not access to all the information they needed regarding the murder of Saudi journalist Jamal Khashoggi.

As the UN investigator leading the inquiry into the killing of Khashoggi, Callamard was in Turkey last week for a week-long mission, having talks in Ankara and İstanbul with government ministers, intelligence officers, and İstanbul’s chief prosecutor.

“We are a bit disappointed that we were not able to get all the information we requested related to the investigation,” she told reporters in Istanbul, adding that they were still hopeful that the Turkish authorities would deliver on their commitment, and hand over some of the information with regards to the police investigation.

British lawyer Helena Kennedy, and Professor Duarte Nuno Vieira from Coimbra University, the former president of the International Academy of Legal Medicine, accompanied Callamard’s mission to Turkey. Callamard will submit her findings and recommendations with a report to the UN Human Rights Council session scheduled for June 2019.

The UN investigator also had a meeting with Yasin Aktay, an advisor to Turkey’s ruling AKP, in Ankara on February 1. Following their meeting, Aktay said that the UN team would access to the audio recordings of the murder of Khashoggi. Aktay told reporters that Callamard believed the Saudi Crown Prince Mohammed bin Salman had been the prime suspect.

Jamal Khashoggi, the Washington Post columnist who was critical of the Saudi crown prince, was murdered inside the Saudi Arabian Consulate in İstanbul on October 2, 2018, yet his remains have not been found yet.