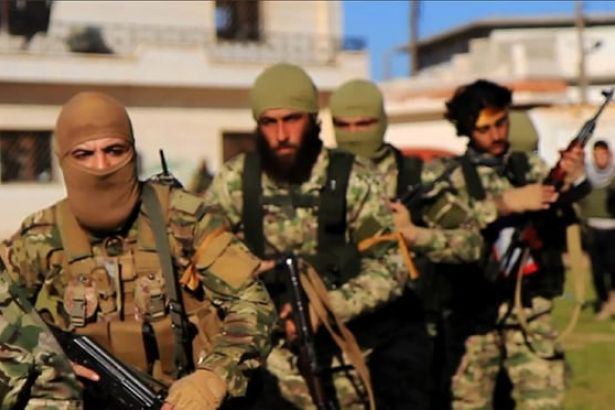 The British government has suspended a multimillion-pound foreign aid project amid allegations that money paid to a contractor in Syria was reaching the pockets of jihadist groups.

Britain is one of six countries supporting the 'police force' set up after the intervention and stationed in regions held by militant groups.

Free Syrian Police (FSP) trained and equipped by Turkey had started work in January 2017. The FSA alliance of some militant groups which Turkey backed in its campaign against the Syrian government and Kurdish militants along the Turkish border, many of 1500 recruits are 'former' militants.

The plug was pulled on the scheme funding a 'police force' following claims its members were being made to hand cash to extremists.

Officers from the Free Syrian Police were apparently also working with courts accused of torture and summary executions according to allegations made in a BBC Panorama documentary due to air on Monday evening.

The Foreign Office confirmed on Sunday night that it had suspended access to the justice and community security scheme (Ajacs), which has been running since late 2014, following grave concerns about its management by the British contractor, Adam Smith International.

According to documents seen by Panorama, 'police officers' in Aleppo province were forced to hand over cash to the jihadist group in control of the area, Nour al-Din al-Zinki.

The programme, Jihadis You Pay For, also claims that the Syrian branch of al-Qaida, Jabhat al-Nusra, had handpicked police officers for two stations in Idlib province. Other evidence suggested dead and fictitious people were on the force’s payroll.

When the company visited one police station, supposedly the base for 57 police officers, it could not find a single officer, the investigation found. The contractor said it accounted for the officers on subsequent visits and that it had found very few instances of dead officers remaining on the salary list in Syria.

It said it used cash because there was "no practical alternative" and that officers imposed by Jabhat al-Nusra were detected within two months.

Payments to the stations funding the extremist group Nour al-Din al-Zinki were stopped in August 2016, it added.

In a statement published on Sunday, Adam Smith International said Panorama’s allegations about the Ajacs project were "false and misleading".