Turkish Thoracic Society announced that Turkey's health infrastructure is so overburdened and healthcare workers are so exhausted that a curfew of at least 14 days should be imposed around the country. 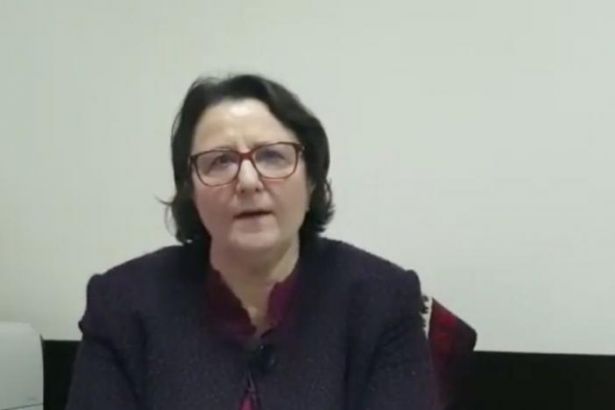 The Turkish Thoracic Society stated that the last measures taken against the coronavirus pandemic were insufficient, the health infrastructure was overburdened, and the healthcare workers were exhausted. A curfew restriction should be applied for at least 14 days.

On behalf of the Turkish Thoracic Society, Prof. Dr. Oya İtil says, "According to the World Health Organization (WHO), Turkey is among top countries with the highest number of cases. Unfortunately, while our country is European champion in daily cases, located the third rank  in the world after the US and India.''

'It is forbidden to go out alone at night, but people will go to work by public transport during the day.'

Stating that the newly announced measures will have a positive effect but are insufficient, Dr. İtil adds, "It is forbidden to go to the streets alone at night, but people will go to work by public transport during the day. Social mobility which will be created by workers who have to go to work, will create a contamination risk that encompasses their families and all layers of the society."

İtil pointed out that shopping malls are open while schools are closed. "Shopping malls are risky areas due to insufficient ventilation systems. There is social mobility in these areas, which increases the risk of contamination."

Stating that citizens over 65 and under 20 are prohibited from using public transport; they are forced to take a taxi for transportation if they do not have private vehicles. Dr. İtil said, "The important thing is to protect the whole society, not these age groups. Millions of people will go to work in the morning and return home in the evening," she said.

Streets and squares are restricted, but factories are open

İtil said, "The number of people who can enter the streets and squares is limited, but the factories are free to go, which is a contradiction."

Field hospitals should be established

Stating that as of the end of November, there are no places for critical patients in hospitals, she says that field hospitals could be built for patients who are not particularly severe and require isolation as a precautionary measure.

Dr. İtil underlines that they heard some patients in İstanbul signed petitions to let them leave the hospitals and go home because of heating problems at hospitals. She pointed out that such conditions must be corrected.

While drawing attention to the fact that no specialist was appointed to the intensive care units, Dr. İtil tells that there were disruptions in patients' follow-up at home.

In addition to all of these, Dr. İtil says non-Covid-19 patients had to postpone health services for months and that non-pandemic hospitals should be determined.

One out of every five healthcare workers is Covid-19 positive

Lastly, Dr. İtil points, "It is necessary to reduce collective mobility up to 14 days with curfew restrictions and stopping working in all sectors except basic, compulsory and urgent goods, and services. Of course, it should be with state support. The needs of people should be met. As a result, the infrastructure has been exceeded, and the healthcare professionals have been exhausted.''