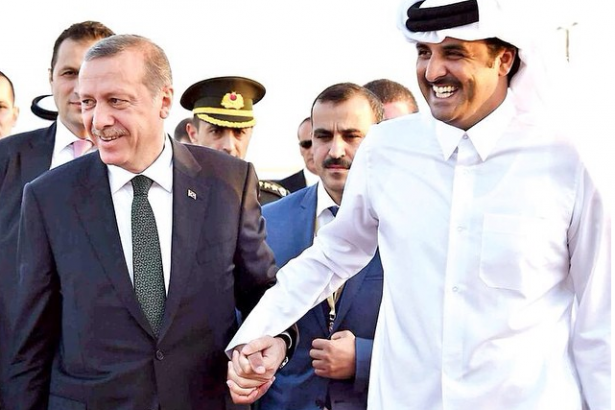 The Justice and Development Party (AKP) government will send troops to the military base in Qatar in exchange for Qatar to pay the expenses, Turkish daily Sözcü reported.

Turkey is in preparation to send troops to Qatar, as the treaty regarding the Turkish Armed Forces military base in Qatar was signed and presented for the approval of the Turkish Assembly.

Deputies from the main opposition party, the Republican People's Party (CHP), asked this question to Ümit Yardım, the ambassador who was assigned to explain the treaty in the Foreign Affairs Commission.

"Because Qatar stood by Turkey since the coup attempt and exterminated anything related to the FETÖ in its lands." Turkish President Recep Tayyip Erdoğan's former ally, US-based İslamic preacher Fethullah Gülen and his so-called Fethullahist Terror Organisation (FETÖ) was one of the masterminds of last year's coup attempt.

Although it may seem very beneficial for Turkey since Qatar will pay all the expenses for the new military base, it is very questionable, since Turkish soldiers will pay for any possible conflict with their blood in favour of Qatar.

"In exchange of what Turkey is setting a base in Qatar? Why is Qatar paying the expenses of the base? For how many years will Turkish soldiers be stationed there? What is the strategic importance of Qatar, which has no measurable military power, and what is its benefit for Turkey? Will Turkish soldiers act as the gendarmerie of Qatar in exchange for money? Will it take in the mission to defend the Sunni bloc against the Shia sphere of influence?" said CHP lawmaker Mevlüt Dudu.