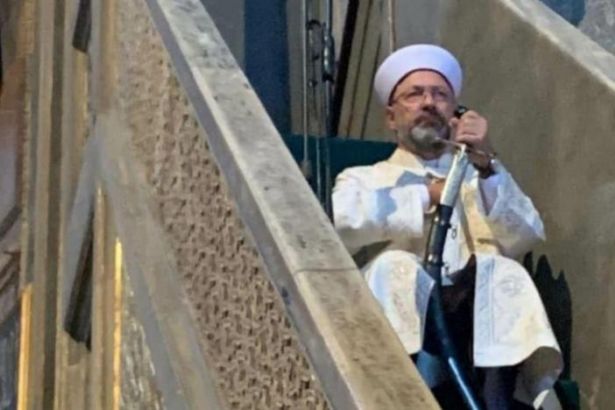 After Morocco has joined Saudi Arabia and UAE boycotting Turkish products by hiking taxes on imported Turkish goods by 90 percent, the Chairman of Turkish Religious Affairs Erbaş targeted the Arab countries during the meeting of the Organization of Islamic Cooperation.

Erbaş targeted the countries in agreement with Israel, criticizing the abolishment of visa requirements between Arab countries and Israel.

Noting the increasing Islamophobia and the tension in Palestine, Erbaş accused the related countries of treason and carelessness.

Consultation meeting of the Organization of Islamic Cooperation was held with the chairman of religious affairs and high clerics who were joined to the video conference from 68 countries as both participants and observatories.

Turkish products have been boycotted since the beginning of October 2020 by the Saudi Arabian chairman of the Chamber of Commerce’s call. Recently, Riyad is trying to include other Arab countries to join the boycott of Turkish products.

Relations between Turkey and Saudi Arabia have been declining since the assassination of Saudi journalist Jamal Khashoggi and the conflicting positioning of the two countries over the conflict in Libya. While the Turkish government has been supporting the Government of National Accord (GNA) led by Fayez al-Sarraj, Saudi Arabia has been standing with the House of Representatives, led by Khalifa Haftar.