While the prosecutor requested aggravated life imprisonment of Osman Kavala, Yiğit Aksakoğlu and Mücella Yapıcı, the legal validity of the 'evidences' continous to be highly suspicious in Gezi trial. 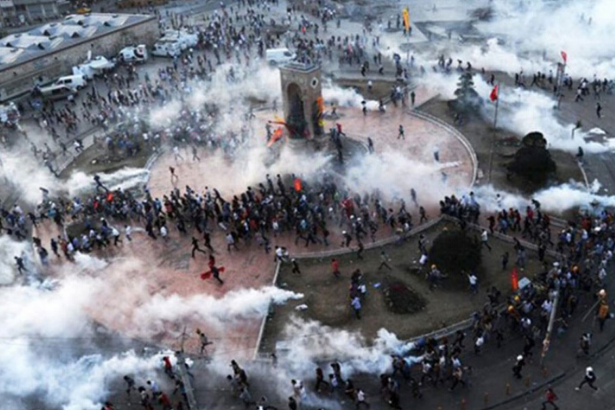 In the case where Osman Kavala was the only prisoner, Prosecutor Edip Şahiner requested aggravated life imprisonment of Osman Kavala and two other defendants, Yiğit Aksakoğlu and Mücella Yapıcı.

For Kavala, one of the three defendants for whom the prosecutor requested life imprisonment, the ECtHR ruled that "he was arrested for  political reasons with no reasonable suspicions". The other two defendants who were asked for life imprisonment were released pending trial.

The prosecutor also requested 15 to 20 years of prison term for six defendants charged with "attempting to overthrow the government of the Republic of Turkey or prevent it from performing its duties by using force."

In February 2019, the Chief Public Prosecutor Office in İstanbul has filed an indictment seeking aggravated life imprisonment over "organizing 2013 protests" for 16 defendants including Soros-linked Osman Kavala, currently jailed pending trial with the charge of “attempting to overthrow the government” in the attempted coup in 2016.

In the indictment, it was claimed that the ”suspects” had been preparing the 2013 Gezi Park protests since 2011, they funded and directed the protests in 2013 and they were in the "top management" organizing the protests.