Turkish President says Isbank to be property of Treasury

Turkish President Recep Tayyip Erdoğan said on Tuesday that Turkey’s largest private bank by assets, Isbank, one-third of whose shares are represented by the parliamentary main opposition CHP, would be the property of the Treasury 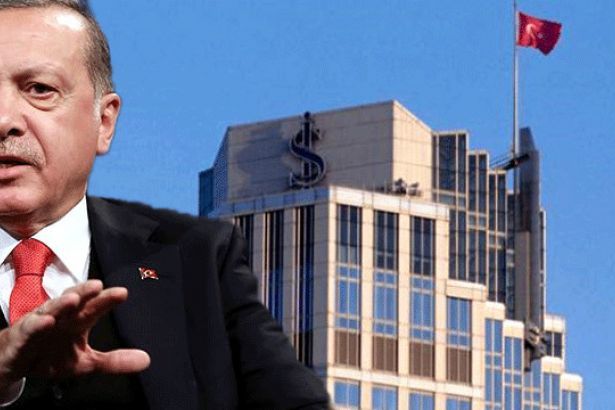 The Turkish Isbank is the largest and first truly national bank of Turkey founded by Mustafa Kemal Atatürk in 1924 during the early period of the Republic.

The shares of Mustafa Kemal Atatürk, the founder of the Republic of Turkey, are at 28 percent. Upon the request of Mustafa Kemal, the profits derived from these shares go to the Turkish Language Association (TDK) and the Turkish History Society, while the parliamentary main opposition CHP has four members on the board today.

“Political parties do not have the right or authority to be involved in banking activities,” the Turkish President noted. Following Erdoğan’s messages, the share price of Isbank dramatically decreased by 6 percent.

In response to the Turkish President’s comments, Muharrem Erkek, the Vice President of the CHP, said that the seizure of the CHP’s Isbank shares violates the right to own property stated in the Constitution, and added: “It is disrespectfulness to the will of Atatürk, the founder of the country, and it is clearly a state of unlawfulness.”

Saying that the Turkish government aims to sell the Isbank’s shares to Qatar after transferring them to Turkey’s wealth fund, the CHP opposes the transfer of shares to the Treasury and has described the AKP’s move as a political manoeuvering on the eve of the forthcoming local elections to be held on March 31, 2019.

In October 2018, Turkish President Recep Tayyip Erdoğan had stated that the government plans to transfer the shares of Atatürk owned by the CHP in Isbank to the Treasury through a legal regulation with its fascist ally, the Nationalist Movement Party (MHP) in the parliament.

The $50 billion-worth wealth fund (TVF) was set up in 2016 by the AKP government. The government has transferred to the TVF stakes worth billions of dollars of state assets, including stakes in flag carrier Turkish Airlines, major banks and fixed-line operator Turk Telekom since then.