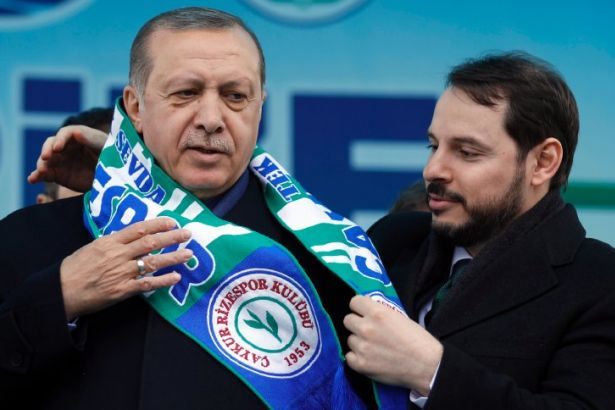 In 2012 the son-in-law of Turkish President Recep Tayyip Erdoğan, Berat Albayrak, helped set up eight companies in Malta in a bid to avoid paying millions of dollars in taxes for his company – Turkey’s massive energy, textile and construction group conglomerate Çalık Holding, according to the reports about Malta Files.

Albayrak’s offshore dealings are exposed in a combination of leaked financial documents and the RedHack e-mails as part of the European Investigative Collaboration (EIC) network’s #MaltaFiles. Over the last three months, the EIC network has dug into 100,000s of documents that show how Malta operates a tax system where companies pay the lowest tax on profits in the EU.

According to Zeynep Sentek and Craig Shaw reports from The Black Sea news site, Erdoğan's son-in-law Albayrak also opened other accounts in Sweden in an intricate offshore structure that was, however, in the end not needed for Albayrak, then-CEO of the Turkish multinational after he was appointed Turkey’s Minister of Energy and Resources in 2015.

In that role, he pushed through preferential tax amnesty legislation written by his former Çalık associates – called the "Wealth Peace Act" – which allowed Çalık to repatriate unlimited amounts of offshore cash, tax-free, the report added.

An email included in the leaked documents and dated 4 November 2011 contains a clear warning: “Brother, the new system will be established – but this system will be based on tricking the [Turkish] finance authority; it’s not a secure system. If the finance authority discovers this, it wouldn’t be good for [Çalık’s] reputation.” The author of the note was Metin Atalay, Çalık Holding’s man in Dubai, The Black Sea reported.

The recipient was 33-year-old Albayrak, then CEO of Çalık, which had interests in textiles, real estate, telecommunications, mining and energy. This was owned by billionaire Ahmet Çalık, a close friend of President Erdoğan. Albayrak is also the husband of Esra Erdoğan, the president’s eldest daughter.

According to the leak of Albayrak’s e-mails, Atalay was hired to run Çalık’s office in one of Dubai’s Free Trade Zones, which are tax-free citadels designed to attract foreign investors.

He was hired to “only [be used] for the delicate matters”, referring to signing documents, with no questions asked. This was because Çalık in Dubai was little more than a shell to collect the fruits of the company’s worldwide business activities. And it was a profitable arrangement – the offshore operation was bringing in millions each month. For the first half of 2011 alone, the Dubai company Çalık Enerji FZE’s holdings were 34.7 million USD, according to Atalay’s emails. 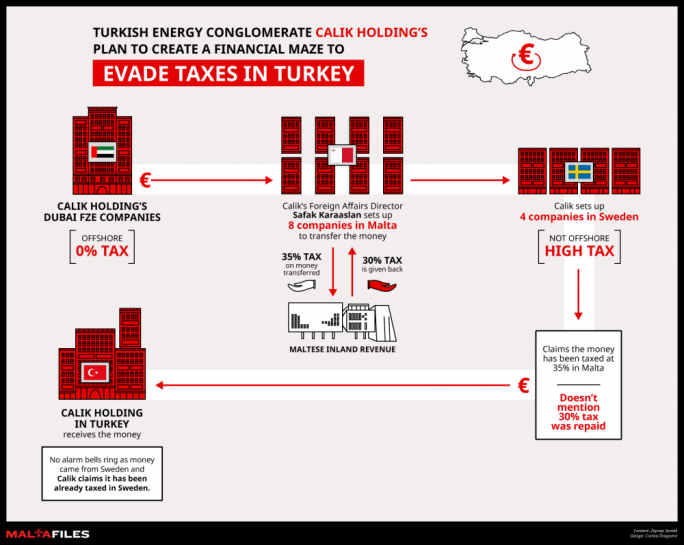 Çalık wanted to bring this cash home. But a direct transfer from Dubai to Turkey meant paying 20 per cent of this – and future profits – to the Turkish tax authorities.
How do you get money from Dubai to Turkey, while paying as little taxes as possible? The mission fell to Çalık’s Foreign Affairs Director, Şafak Karaaslan. His answer was to establish an offshore structure through Malta and Sweden, the report says.

Çalık’s plan was to transfer the Dubai millions to bank accounts of companies in Malta, paying 35 percent tax to Maltese authorities. This seems bad on paper. But check the small print. Because Çalık’s shareholders did not reside in Malta, nor did the company undertake the significant activity there, the company could apply for an 80 percent refund, effectively creating a tax rate of only 5 percent. With the cash now in the EU, it could shift to accounts in Sweden. By falsely declaring to Swedish authorities that it already paid 35 percent in taxes in Malta, Çalık avoided further deductions, it added.

According to the report, when the money was finally brought to Çalık in Turkey, the tax authorities were fooled into believing it was from a high-tax and reputable jurisdiction in Scandinavia, so no alarm bells rang.

Today these companies are in liquidation, and only one of them was ever declared in Çalık Group’s Turkish annual reports: Çalık Energy in Sweden, which was listed as “inactive”. Similarly, none of the company accounts in Malta or Sweden reveals cash transfers. Çalık had no need for a complicated and potentially illegal scheme: Albayrak was on his way to the top, according to the report.

At the end of 2013, months after the Maltese companies were established, Berat Albayrak resigned as CEO of Çalık to run as an MP for Erdogan’s Justice and Development Party (AKP) in the June 2015 Turkish elections. Unsurprisingly, he was victorious, and five months later he was appointed as Turkey’s Minister of Energy and Natural Resources.

Berat Albayrak is the son of conservative writer and President Erdoğan’s good friend, Sadık Albayrak. In 2004, Berat married Erdoğan’s eldest daughter, Esra. Educated and connected, he became CEO of Turkish business giant Çalık Holding in 2007, when he was only 29 years old, after working for the company since 1999. Çalık’s chairman, Ahmet Çalık, is a close associate of Erdoğan and has ties to numerous foreign leaders.

From March 2007 until his departure for politics in 2013, Albayrak presided over a company that grew ever closer to Erdogan’s government and ever richer, earning billions in public tenders.

A year following Albayrak’s promotion to CEO, Çalık bought Sabah-ATV, Turkey’s second-biggest media company and owner of the Sabah daily newspaper, which had been seized by the government. Çalık was the sole bidder for the tender, offering a 1.1 billion USD bid, which is said to have been financed by loans from two Turkish banks and Qatari investors, according to Turkish news reports.

Despite having no background or experience in politics, Albayrak has led the Turkish Energy Ministry since November 2015. Many now believe that Erdoğan is grooming Albayrak as his successor.