Turkey's President Erdoğan personally ordered that two Turkish banks be allowed to participate in an oil-for-gold scheme that violated United States sanctions on Iran, according to testimony by Reza Zarrab 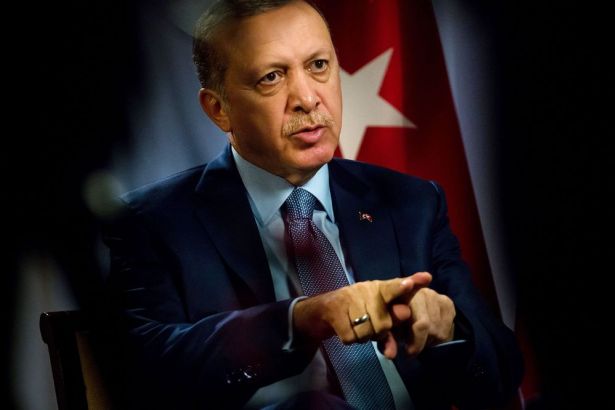 Turkish-Iranian gold trader Reza Zarrab on Thursday told jurors in a federal court in New York that Turkish President Recep Tayyip Erdoğan personally authorized a transaction on behalf of Iran. At the time, Erdoğan was Turkey's prime minister. The testimony marks the first time the U.S. case has implicated Erdoğan, who had railed against the prosecution and lobbied senior U.S. officials to release Zarrab.

Zarrab has pleaded guilty and is cooperating with U.S. prosecutors in the criminal trial of a Turkish bank executive accused of conspiring to evade U.S. sanctions against Iran. The testimony came on the third day of the trial of Mehmet Hakan Atilla, an executive at Turkey's state-owned Halkbank, who has pleaded not guilty.

On Thursday, prosecutors showed the jury a transcript of a 2012 call in which Zarrab talked about which banks would be used for such transactions.

HE LINKS ERDOĞAN TO SANCTIONS SCHEME

Zarrab testified that in 2012, a senior Turkish official told him that Erdoğan, and a second official, the treasury minister Ali Babacan, had given orders for the banks "to start doing this trade with Iran." "The prime minister at that time, Recep Tayyip Erdoğan, … had given instructions, had given an order, for [Ziraat and Vakıf banks] to start doing the trade," he said.

He testified that it was Zafer Çağlayan, Turkey’s economy minister at the time, who told him of Erdoğan's approval for the two banks, state-owned banks, Ziraat Bank and VakıfBank, to participate in the scheme.

His testimony about Erdoğan’s approval isn't direct evidence of the Turkish president's involvement. In court filings, U.S. prosecutors have previously cited recordings and other evidence in which Zarrab invoked Erdoğan’s name, and one in which he said he asked Erdoğan for his support to buy a bank that he hoped to use as a conduit for transactions with Iran.

For years, Erdoğan has scrambled to suppress inquiries into the money-laundering scheme, corruption and bribery payments to senior Turkish officials that accompanied it. The case began as a corruption investigation in Turkey in 2013, but Turkish AKP government quashed it amid a purge of investigators and prosecutors. Since U.S. prosecutors took up the case in New York, Erdoğan has repeatedly protested through diplomatic channels and asked senior U.S. officials to drop it.

'HE WAS ASKING FOR MONEY'

Reza Zarrab told the jury that some Turkish officials demanded the secret payments for beating the economic sanctions and make him a fortune. He testified that he bribed Süleyman Aslan, then head of Turkey's state-owned Halkbank, in the scheme to launder the money. Zarrab testified that Süleyman Aslan had sought a meeting at his old office. Aslan said he was getting nervous about the money-laundering scheme, Zarrab added. He said he interpreted the conversation as a request for a bribe.

"He expressed his concern, and he expressed he wanted to ensure his future in some way,” Zarrab testified. “He stated his expectations.”

Zarrab added later: "He was asking for money." He testified he paid a $2 million bribe to Aslan.

He testified that bribe was approved by Turkey's then economy minister, Zafer Çağlayan, who also took bribes. Zarrab also said he paid $100,000 bribe to Barış Güler, son of then interior minister Muammer Güler, for a reference letter to give Chinese banks.

He told jurors that he met with representatives of an Indian company in 2012 to discuss moving Iranian funds out of India. He said that Arap &Türk Bank took part in the scheme to conceal the origin of Iranian funds being moved out of India.

He said he's in FBI custody now because of threats he received at a federal lockup in lower Manhattan.

U.S. prosecutors have charged nine people in the case, although only Zarrab, 34, and Atilla, 47, have been arrested by U.S. authorities. Prosecutors have said the defendants took part in a scheme from 2010 to 2015 that involved gold trades and fake purchases of food to give Iran access to international markets, violating U.S. sanctions.

Zarrab, who began testifying on Wednesday morning, said that he paid bribes worth more than $60 million to Zafer Çağlayan, who was Turkey's economy minister, to further the scheme.

Zarrab also disclosed that he had approached Egemen Bağış, then European affairs minister who remains part of Erdogan's inner circle, to help him establish an account with a private Turkish bank, Aktifbank, which participated in the illicit activities. The bank was owned at the time by Çalık Holding, a Turkish conglomerate of which led by Berat Albayrak, the current energy minister and Erdogan's son-in-law.

*Based on reporting by soL Haber, Bloomberg, NYT, Washington Post.