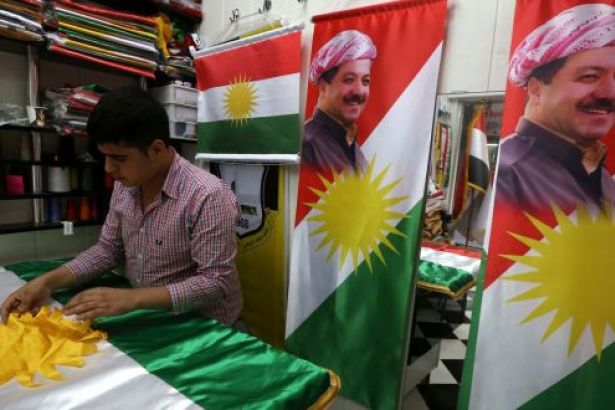 Turkish Prime Minister Binali Yıldırım urged Friday the authorities of Iraqi Kurdistan to abandon the idea of holding an independence referendum, as it could ultimately provoke a new, unnecessary conflict in the region.

"We urge the head of the Kurdish regional administration of Iraq Masoud Barzani to avoid this serious mistake, as there are already enough problems in the region, such as the fight against the IS [Islamic State] and the PKK (Kurdistan Workers' Party, banned in Turkey), and the long-standing civil war in Syria. It this case, another conflict may arise, which will primarily hurt our Kurdish brothers living in the region," Yıldırım told reporters.

The Kurdish region's parliament voted Friday evening to approve the holding of a controversial referendum on support for independence Sept. 25.

According to Yıldırım, the United Nations may join the discussion on this issue in the coming days.

Asked about the possibility of Turkey imposing sanctions against the Iraqi Kurdistan in the event of a referendum, Yıldırım noted that Ankara was "ready to take all necessary steps," while at the same time expressing his hope that Erbil would reverse its intention.

Earlier Friday, Turkish President Recep Tayyip Erdoğan said his country plans to hold a high-level security meeting on Sept. 22 to decide what response to take over the Kurdish referendum, accused leaders of Iraq's autonomous region of "serious political ineptitude" for going ahead with plans to hold the vote.

In June, the authorities of Iraqi Kurdistan announced that they would hold the independence referendum on September 25, ignoring the opinion of the central authorities, which consider the referendum illegal. The Iraqi parliament voted has against having such a referendum.

The leader of Iraqi Kurdistan Masoud Barzani said Thursday that he might consider the proposal of several Western countries to postpone the planned referendum if a suitable alternative is found.

The United States opposes the Kurdistan Regional Government’s decision to hold the referendum on independence, the White House said in a statement.

"[T]he referendum is distracting from efforts to defeat ISIS [Islamic State] and stabilise the liberated areas," the statement said on Friday. "We, therefore, call on the Kurdistan Regional Government to call off the referendum."

The White House warned that holding the referendum in conflict areas is "particularly provocative and destabilising."

The United Nations has urged Barzani to drop the plan and enter talks with Baghdad aimed at reaching a deal within three years.