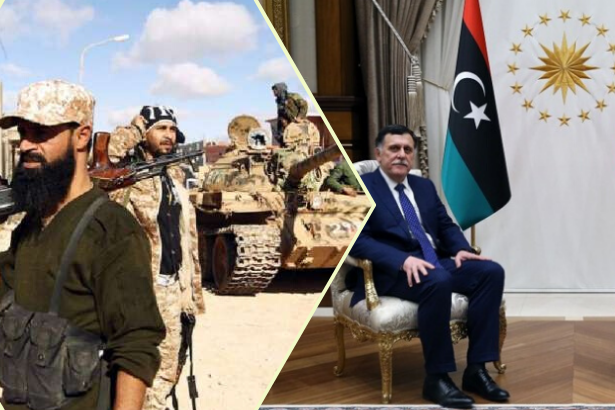 The AKP government openly supports Libya's Government of National Accord (GNA) led by Fayez al-Serraj against Khalifa Haftar’s forces controlling the majority of the country.

The AKP government had previously sent military supplies to Libya in violation of the United Nations arms embargo. Recently, the Arab press claimed that AKP sent special forces to Libya.

125 were voted against, while 269 were voted in favor of the security agreement in the Turkish parliament.

Turkey's President Tayyip Erdoğan had said Turkey could send troops to Libya to support GNA if necessary. Meanwhile, Russia stated that Moscow was concerned about the possibility of Turkey sending troops to Libya.

The Kremlin announced on Tuesday that Russian President Vladimir Putin and Turkish President Recep Tayyip Erdoğan will meet next month to discuss Libya.

Turkish Vice President Fuat Oktay had stated that the agreement with Libya was of historical significance for Turkey and Ankara was ready to consider the deployment of troops.