The 11th Development Plan, the first development plan of the 'Presidential Government System', was accepted at the General Assembly of the Turkish parliament 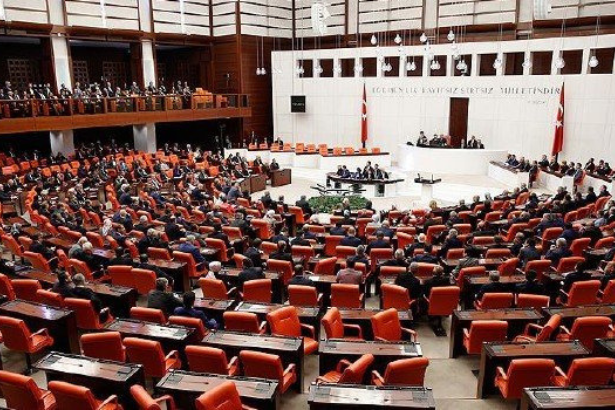 The 11th Development Plan for the period of 2019-2023 was adopted by Turkey's parliament on July 18 by a large majority.

A total of 268 lawmakers in the 600-seat legislature voted in favor of the plan, with 44 votings against it, Hürriyet daily reports.

The plan which was presented to the Parliament with the approval of the President Erdoğan was approved by the parliament's Plan and Budget Commission on Tuesday and brought to the agenda of the General Assembly.

Within the scope of the 11th Development Plan, the first development plan of the Presidential Government System, the steps to be taken regarding the reform in severance pay are against the rights of workers.

According to the plan, the severance pay fund, which will be established based on individual accounts, will be integrated with the Individual Pension System. The plan, which is said to create an “international workforce network”, also includes statements that will enable flexible working arrangements in which workers are faced with a loss of rights.

"They are trying to privatize the pension system in the name of securing the severance pay of the workers", an expert told soL news.

The plan also aims to increase Gross Domestic Product (GDP) to $ 1 trillion 80 billion, and increase per capita income to $ 12,484, while increasing exports to $ 226.6 billion, reducing unemployment to 9.9 percent, and creating additional 4.3 million jobs.

Compared to the 2014 10th Development Plan of the AKP government, the new plan has considerably lower goals. It is seen that the new goals are almost half of the 2023 goals set in 2014.