A bill of law regulating social media has been approved by the General Assembly of the Turkish Parliament amid censorship criticisms of the opposition, as the regulation aims to actively use the ‘‘right to be forgotten’’ to protect the political figures of the ruling AKP having strong ties with U.S.-based Islamic preacher Fethullah Gülen and his movement, the prime suspect of the failed coup in 2016 in Turkey. 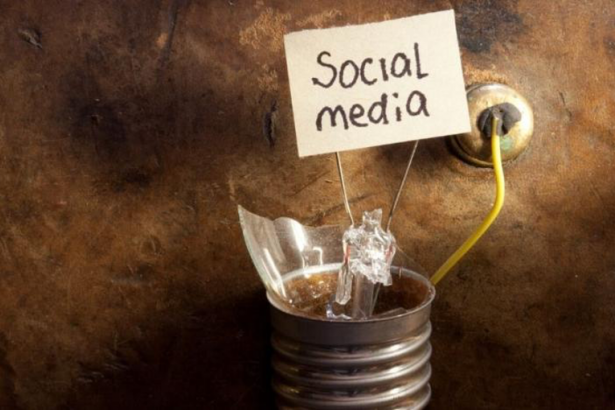 The Turkish parliament has passed a bill on July 29 that aims to regulate and control social media, leading to increase censorship and help the ruling Justice and Development Party (AKP) silence the dissent.

As the bill is supported by the AKP government and its fascist coalition partner Nationalist Movement Party (MHP), it is stated in the minute of dissent reported by three deputies from the parliamentary main opposition Republican People’s Party (CHP) that the government’s bill plans to remove the contents from search engines and that the reason for the effective use of the ‘‘right to be forgotten’’ does not reflect the real purpose of the law.

‘‘Turkish government aims to design politics with the bill of law in question. The ruling AKP wants to remove the news regarding the collaboration between the AKP and FETÖ [Fethullah Terrorist Organization, the prime suspect of the failed coup in Turkey in 2016, led by U.S-based Islamic preacher Fethullah Gülen], bribery and corruption scandals involved in the AKP lawmakers in 2013, shoeboxes stashed with $4.5 million in cash at the home of a state-owned bank Halk Bank’s chief executive, and heavy price for Turkey due to concessive foreign policy with the United States and Russia from the internet archives. Thus, new generations will be hindered from being aware of the AKP’s dirty and criminal network in the past,’’ the minute of dissent signed by CHP Istanbul Deputy Turan Aydoğan, CHP Mersin Deputy Alpay Antmen and CHP Aydın Deputy Süleyman Bülbül stated.

Speaking about the government’s recent attack on social media, soL news editor Mehmet Kuzulugil said he doesn’t have the opinion that the ‘‘right to be forgotten’’ could be used to remove the criminal affairs of the Turkish President Recep Tayyip Erdoğan and the other AKP members in the past.

‘‘Turkish President Recep Tayyip Erdoğan’s attempt to remove any news that unveils his previous ties with the Gülen movement on the pretext of the ‘right to be forgotten’ only leads it to become the main topic of conversation once again,’’ Kuzulugil also noted and added:

‘‘On the other hand, of course, there are people who will want to use the ‘right to be forgotten’ in this context. When we look at those who appealed to courts for blocking the access to the news and reports published on news sites by using the ‘right to be forgotten’, we can think that the effective use of this right will be actually meaningful for the people who are among the grassroots of the Gülenist movements or among its most unknown but significant figures.’’

‘‘So, it is understood that Turkish government’s recent social media regulation aims to protect not only Erdoğan but also the former members of the Gülenist movement within the AKP repented of their strong ties [to Fethullah Gülen] in the past,’’ Mehmet Kuzulugil concluded.

HEAVY FINES FOR NETWORK PROVIDERS FAILING TO FULFIL THE OBLIGATIONS

Saying the government was preparing to create a new legal framework for social media in order to abolish or control such platforms, Turkish President Recep Tayyip Erdoğan on July 1 had signalled to control or shut down certain social media platforms after his son-in-law and Turkey’s Minister of Finance Berat Albayrak’s post on his new-born baby received negative comments from some of the social media users.

Under the new regulations, the AKP will obligate domestic and foreign-based network providers with more than 1 million daily accesses such as Facebook and Twitter to appoint a representative in Turkey.

Network providers failing to fulfil the obligations of representative appointment, content removal, access bans, or of providing Turkey with Turkish users’ data will be penalized with a judicial fine ranging from 10 million to 30 million TRY [~$1.43 million to $4.3 million] with a 3-month advertising ban.

Additionally, if network providers should fail to fulfil the obligations, the Turkish Information and Communication Technologies Authority (ICTA) may reduce the social network provider’s internet traffic bandwidth by 50% to 90% within 4 hours.